Air hunger is not uncommon. It can feel as though you are unable to get enough air into your lungs, even if you’re not exerting yourself physically, resulting in a tightening of the chest. It can cause frequent sighing and yawning, which may offer only temporary relief. While it is common to associate such symptoms with asthma or a cardiac condition, the cause may be rather less obvious: anxiety.

What is Air Hunger?

The term air hunger is often used to describe what is clinically known as dyspnea, which is shortness of breath. 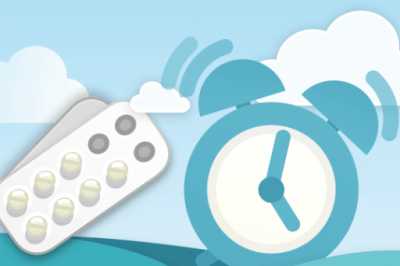 Air hunger seems to be a particularly apt way of describing it, as you seem unable to satisfy your body’s craving for oxygen. You might find yourself frequently yawning or sighing deeply, which offers temporary relief before the feeling returns just a few breaths later.

It can also be accompanied by a tightening in your chest, heart palpitations, a feeling of suffocation, fast breathing, and a feeling of unease or restlessness.

Breathing difficulties are, not surprising, mostly associated with respiratory, lung, and heart problems. These including asthma, lung diseases such as pneumonia, and cardiac diseases such as congestive heart failure. If these are ruled out as the underlying cause, however, there is another possible explanation that may not seem so obvious.

Anxiety is a perfectly natural human response to some form of danger or threat. The hormonal reaction often causes a ‘fight-or-flight’ response from your body, which has several mental and physical effects.

There are plenty of other ways in which the fight-or-flight response affects the body, one of which is hyperventilation. Hyperventilating means you breathe faster and take deeper breaths, which causes you to exhale too much CO2. You subsequently feel as though you are not getting enough air, even though the oxygen levels in the bloodstream are actually normal.

Many people think of hyperventilating as being quite a dramatic and sudden response. That can certainly be the case – in the event of an acute panic attack, for example – but it can also become a habitual way of breathing.

When this happens, you are likely to frequently yawn, take deep breaths, and sigh to compensate for the feeling of lacking air. The problem is, these responses are likely to exacerbate the issue and create something of a self-perpetuating cycle.

On top of that, the more you notice yourself feeling short of air, the more likely you are to worry about it. This can heighten or prolong the underlying anxiety that is responsible for the problem in the first place. These cycles can be extremely difficult to break, and air hunger can become a chronic and disruptive problem.

How to Deal with Hyperventilation Syndrome Caused by Anxiety

There is no one-size-fits-all solution to dealing with hyperventilation syndrome.

It is generally a two-step approach that involves both tackling the physical act of hyperventilating, as well as the underlying cause of anxiety or stress.

Regarding the former, various different breathing techniques can help. A branch of the NHS Trust in the UK suggests two exercises, which are:

1: “Practice your breathing when sitting or lying in a comfortable position. Imagine your lungs are divided into three parts. Breathe in gently through your nose. Imagine the lowest part of your lungs filling with air. If you are using your diaphragm your stomach will come out a little. Imagine the middle part of your lungs filling with air and your lungs becoming completely full. Your shoulders may rise slightly and move backward. Gently and slowly exhale fully and completely. Repeat the exercise three or four times.”

While different techniques and exercises exist, including the famous Buteyko Breathing Technique, most adhere to a few simple rules regarding the ‘correct’ way of breathing:

For many people, it feels counterintuitive to concentrate on something that is usually involuntary. However, the idea is to basically reteach your body how to breathe correctly. After performing exercises for a while, the hope is that the correct method of breathing becomes instinctive.

Should You See a Doctor?

Although hyperventilation syndrome is not life-threatening, it is never a bad idea to see your doctor if air hunger is severe, causing distress, persistent, or if breathing techniques fail to help.

What’s more, hyperventilation syndrome is very often the result of long-lasting anxiety and/or stress. Of course, breathing techniques do nothing to address these underlying issues.

If you have reason to believe you may be living with an anxiety disorder, you should speak to your doctor. Although there are different types of anxiety disorders and each person will have different experiences, some of the most common symptoms include:

While people would speak to a doctor immediately if they had reason to believe they were living with another condition linked to air hunger, such as asthma or pneumonia, many people avoid seeking medical assistance for anxiety disorder and other mental health conditions.

Doing so, however, can help ensure you receive the most effective treatment, which can be the most important steps in tackling symptoms such as air hunger.

Help keep your treatment on track with medication reminders and use MyTherapy’s well-being journal and symptom log to track your progress.