Apple’s plan to make its smartwatch, the Apple Watch, a device capable of saving lives is coming to fruition. The latest step forward is Food and Drug Administration (FDA) approval for two apps that can help detect atrial fibrillation (AFib) by utilizing the hardware in the new Apple Watch Series 4. Along with a heart rate sensor, the latest iteration of the Watch can produce an electrocardiogram (EKG or ECG) without any addition hardware. With Apple also announcing the ability for the device to detect falls, the question is: can the Apple Watch really save lives?

When Apple announced the Apple Watch Series 4 on September 12, much of the emphasis was on its ability to detect atrial fibrillation (AFib), a disease that causes the heart to beat irregularly. This is potentially life-saving technology.

Anywhere between 2.7 and 6.1 million people in the US live with AFib but it rarely presents symptoms, so often goes undetected. Because people with AFib are five times likelier to experience a stroke than the standard population, improved detection can help save countless lives.

There are two elements to the Apple Watch Series 4 that will record heart data. 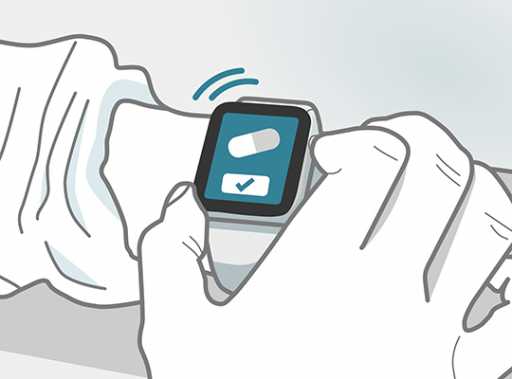 The first is the heartrate sensor built into the rear of the watch, which uses embedded LED lights to detect pulse rate. This technology is not unique to the Apple Watch and has been present in each of its iterations.

However, the ability of the accompanying app to analyze the data and detect irregular heartbeats, namely atrial fibrillation, is what sets it apart from the competition. Apple announced that the app will also detect a low heartrate, which may be linked with other medical conditions.

It can do so while running in the background without user input, simply displaying a warning when there is evidence to suggest the user may have AFib or low heartrate. Of course, this is the moment the user should seek medical attention.

Apple has been putting the accuracy of its AFib detection to the test with the Apple Heart Study, which began last year. The emphasis Apple put on AFib detection when launching the new version of the Watch suggests the data from the study, which is winding down, is encouraging.

In addition to the heartrate sensor, Apple also announced the Watch Series 4 will be able to take an electrocardiogram (EKG/ECG). It is this news that has hit the headlines.

It does so by embedding electrodes both in the sapphire crystal rear (where the heartrate sensor can be found) and the crown of the watch.

To record an EKG, the user must touch the crown for 30 second, during which time the Watch measures electrical impulses from the heart.

Having done so, the accompanying app will return a reading of ‘sinus rhythm’ if everything is regular or warn of the possibility of AFib if irregularities are detected.

Significantly, the Food and Drug Administration (FDA) has approved both methods of detecting AFib as Class II medical devices.

What the FDA Has Approved

The FDA has granted the two apps that analyze the data from the Apple Watch Series 4 as Class II medical devices. Both have received De Novo classifications, meaning they are the first of their kind.

In its approval letter for the app that utilizes data from the heartrate sensor, the FDA said:

“The feature analyzes pulse rate data to identify episodes of irregular heart rhythms suggestive of atrial fibrillation (AFib) and provides a notification to the user.

These data are only captured when the user is still. Along with the user’s risk factors, the feature can be used to supplement the decision for AFib screening. The feature is not intended to replace traditional methods of diagnosis or treatment.”

It also says the app should not be used by people with a previous AFib diagnosis.

The approval letter for the EKG app reads in a similar manner, stating that users are not “intended to interpret or take clinical action based on the device output without consultation of a qualified healthcare professional.”

It also stresses that neither app is intended for use in people under the age of 22.

Essentially, Apple has provided the FDA with enough evidence that the apps are credible tools for detecting AFib, without suggesting they should replace traditional methods of diagnosis or treatment.

The FDA approval gives a huge amount of credibility to Apple’s claims regarding the technology.

Significantly, it may also encourage insurance companies to strongly consider investing in Apple Watches for their customers.

More Info About the Apple Watch and Apps

While the Apple Watch Series 4 will be available from September 21, the apps will not be arriving until later on in 2018 in the US.

Apple said they are ‘working hard’ to deliver the apps around the world but did not give specific details about any other markets.

It is possible Apple is waiting for regulatory bodies in other countries to give similar approval the FDA has given in the US.

When it is available, the data produced by the EKG app will be stored in the Apple Health App as a pdf file.

Earlier this year Apple announced that users will be able to store their electronic health record (EHR) in the Health App, and this is another indication that Apple is aiming to make it a one-stop-shop for your health and fitness data.

Users will have the ability to share the data securely with their doctor.

Another important piece of health-related news Apple announced along with the Watch Series 4 was about its ability to record falls.

Fall detection is a difficult feature to get right. It requires a number of sensors to detect the physical motions of falling and a clever algorithm to be able to tell the difference between an actual fall and other sharp movements.

Apple claims to have got it cracked thanks to brand new accelerometers and gyroscopes, which measures up to 32 g-forces.

The algorithm uses the data from these to detect trajectory and impact acceleration.

When a fall is detected, an alert is displayed on the Apple Watch that allows the user to dismiss it or activate the Emergency SOS feature. Emergency SOS can call for assistance, notify emergency contacts, send the user’s current location, and display their Medical ID badge on the screen.

If the user does not respond to the alert and no movement is detected for one minute, the emergency call is automatically placed, and a message is sent to the emergency contacts.

While the most obvious use cases for this feature are elderly and disabled people, falling is the second leading cause of accidental death worldwide and can happen to anyone. If one happens to be alone in the event of a fall, this could prove a life-saving feature.

It has been clear for some time that Apple sees the Watch as a medical device that has the potential to save lives, with the Series 4 the strongest indication yet.

The approvals from the FDA suggest they are not alone in this belief.

The app for managing your health

Apps are playing an ever-increasing role in healthcare. With medications reminders, a health tracker, activity reminders, and a detailed health reports, MyTherapy is the perfect app to help you take control of your health.