“Wet” age-related macular degeneration (AMD) leads to the central field of vision being gradually lost due to leaking vessels. Injections, laser therapies, or operations are the current treatment options used. These therapies often temporarily slow down the loss of vision rather than completely preventing or reversing it. But are promising new treatments on the horizon? Could there even be a cure one day?

The growth of the abnormal and leaky blood vessels that characterize wet AMD is stimulated by a protein called vascular endothelial growth factor (VEGF). VEGF inhibitors administered by injection into the eye are the most effective treatment available today. The treatment can halt the progression of vision loss and in some cases even improve vision.

While anti-VEGF treatment has proven to be safe and effective, injections are required regularly – usually once a month – for it to work in the long run. Given the sensitive and delicate nature of eye injections, they must be administered by medical professionals so patients cannot do them at home. These factors can be burdensome for many patients and their relatives, so therapy is sometimes discontinued.

Researchers are, therefore, continuing to investigate ways to improve treatment for wet AMD.

Because anti-VEGF therapy has proven to be such a remarkable advancement in the treatment of wet AMD, one of the key lines of research is looking into ways of addressing the practical drawbacks for patients.

The latest anti-VEGF drug to hit the market is as effective as other drugs with fewer injections. Two studies, compared brolucizumab (the active ingredient in Beovu) was to aflibercept <span>&#40;</span>the active ingredient in EYLEA<span>&#41;</span>, with both drugs given to patient once a month for the first three months. After the first three months, patients receiving aflibercept received injections once every eight weeks while those receiving brolucizumab received injections once every 12 weeks unless disease activity was present (in which case, it was changed to once every eight weeks).

In both studies, over half of the patients receiving brolucizumab were able to stay on the 12-week plan, and the treatment was no less effective than aflibercept. Regarding retinal fluid, brolucizumab was, in fact, superior.

Another option for administering anti-VEGF agents is through an implant in the eye. The ‘Port Delivery System’ <span>&#40;</span>PDS<span>&#41;</span>, developed by the producers of the anti-VEGF drug ranibizumab <span>&#40;</span>sold under the brand name Lucentis<span>&#41;</span>, is a refillable implant slightly larger than a grain of rice and has shown promising results in clinical trials.

The implant is refilled with a specially formulated version of the active ingredient every six to nine months, compared to the usual regimen for Lucentis which is an injection every four weeks. The results from the study, which was a phase 2 trial, suggested that the implant has similar efficacy and safety as regular injections in treating wet AMD. The phase 3 trial is underway, and the results are expected to be published in spring 2021.

Fucoidans are long-chain sugar molecules found in brown algae. Some of them can inhibit the VEGF protein, meaning they could provide similar therapeutic effects as existing anti-VEGF treatment. Preliminary research has found that fucoidans act on VEGF in such a way that could be useful in the treatment of wet AMD. Although no treatments have yet been developed, any new avenue for researchers opens up new possibilities for therapies that may prove superior or less burdensome than those already on the market.

Gene therapy, which involves modifying or replacing faulty genes that cause diseases, has frustrated researchers for decades. In recent years, however, promising results in human studies suggest that gene therapy may finally start fulfilling its long-hypothesized potential, and wet AMD is on the list of diseases that could benefit from its development. A harmless ‘helper’ virus carries information that leads to the production of VEGF receptors, which can help prevent the production of leaky blood vessels that cause vision loss. A key benefit of gene therapy is that repeated treatment would likely be needed far less frequently than typical anti-VEGF treatment; it could even prove to be a single treatment that works for life.

Studies published in 2017 and 2019 investigating gene therapy have shown promising results in small groups of patients. Although it is early days, these studies suggest that gene therapy could play a significant role in the future of wet AMD treatment.

Like the gene therapy studies mentioned above, early-stage studies have been performed investigating the use of stem cell therapy to treat wet AMD.

In one such study, published in 2018, two patients with advanced wet AMD were given a ‘patch’ carrying around 100,000 cells created from embryonic stem cells. The cells, called retinal pigment epithelium (RPE), play an important role in color recognition and daylight vision, among other jobs. 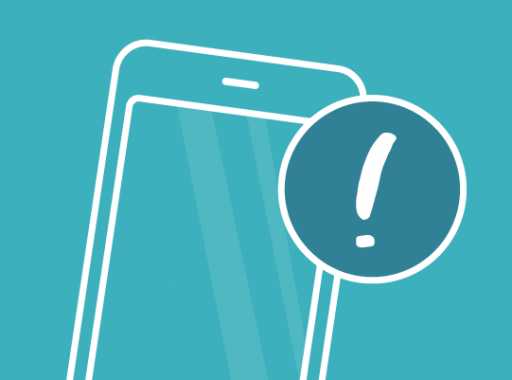 Both patients were able to continue reading magazines and books one year after the operation and did not experience any complications. Importantly, neither patient showed signs of cancer – a risk associated with transplanting embryonic stem cells.

Research is still in the early stages. Further studies involving more people and performed over a longer period are needed to better understand the efficacy and safety of stem cell therapy in the treatment of wet AMD. Such studies may also investigate the use of the therapy for dry AMD, the more common form of the disease.

Better education about the symptoms of wet AMD, such as worsened, blurred, or distorted vision, jumping letters, and curving lines, can lead to a quicker diagnosis.

Early detection and treatment can help prevent the damage caused by wet AMD from getting too severe, which can help ease the burden the disease has on those living with it and their loved ones.

Here are other articles we think you may be interested in:

Would you like to learn more about anti-VEGF therapy for wet AMD? Our FAQ pages for some of the most effective treatments have been fact-checked by medical professionals:

Pip is a native of Stuttgart with Scottish parents, from whom she inherited the globetrotter gene. She practices archery, although no living being (other than herself) has been harmed.

Description: MyTherapy discretely reminds you to take your medications and is accessible thanks to the VoiceOver and TalkBack compatibility. A tablet inventory can help ensure you never forget to refill.