Poppy Morgan and her husband live a typical family life in the Midwest with their four-year-old daughter. They are a serodiscordant, or mixed-status, couple: Poppy is HIV negative; her husband is HIV positive. Modern HIV treatment such as antiretroviral therapy (ART) and preventative medication called pre-exposure prophylaxis (PrEP), serodiscordant couples are able to live a happy and healthy life, with negligible risk of sexual transmission. However, such couples still have to deal with prejudice, ignorance, and the negative stigma associated with HIV, and must carefully consider who and how to tell. It is an issue Poppy and her husband have faced over the years, and one they continue to face. Today – World AIDS Day – Poppy shares their story with us, to help chip away at the stigma, and lead to a greater understanding of HIV among the general population

I knew my husband was HIV positive before I married him. I met him in 1999, and even though it wasn’t that long ago, the world was dramatically different in terms of accepting an HIV positive status. The idea that it was a “death sentence” still lingered in the atmosphere. Breakthroughs in HIV treatment medications were starting to come more rapidly and being made available to the “mainstream population” of people living with HIV. When my husband was newly diagnosed in 1995, he was put on a fairly new and simple combination therapy of two pills, Combivir and Viramune.

When he told me he was HIV positive, we were still just friends. He was the first person that I knew who was living with HIV. I was intrigued by him and how happy he seemed. I couldn’t understand it: how he could be so happy, with such a fatal disease? Once we started dating, I did a lot of research and felt comfortable that we could have a “normal” sex life by using condoms. But honestly, it was the year 2000, and I still felt like it was a death sentence. I went to the library and found books on how to care for a person dying of AIDS. I came to the conclusion that if we got married, I could expect at least five good years with him before the caretaking and dying would begin. Thankfully, I was dead wrong. But this belief led me to make some rushed decisions on disclosing his status to people, which I now regret.

I came from a super conservative family, in a small town in the Midwest region of the United States. I moved to San Francisco in 1999. My move to San Francisco was quite controversial within my family. And yet, somehow, I decided that it was necessary to fly my boyfriend (now husband) to the Midwest to have him personally disclose his status to both of my parents and my two siblings. It seems painfully stupid now. Of course, they all flipped out, and didn’t speak to me for the next five years. And then, I thought it was a good idea to tell my closest friends in my small town, and they all flipped out too. That experience, of disclosing, and being rejected, was so damaging to us that I’m not sure we’ll ever fully recover. We didn’t think it through; we weren't ready for the reaction.

I’ve thought of this over and over through the years. Why did I feel it was necessary to make him disclose his status? All I can say is that I was making the best decision that I could, with the information that I had. I was in love with him, and he was going to die on me. And I wanted everyone to know beforehand. I didn’t want my family and friends to realize that I had kept this secret of his HIV status from them as he lay dying. I thought I’d be dealing with the reality of losing him, that I wouldn’t be able to deal with everyone just then finding out about his status. I wanted them to know so it was all out on the table and I could be free to care-take and grieve in the way that I needed to without people being mad that I didn’t tell them.

Was I being self-centered, ignorant, and self-absorbed? Yes. Did my husband love me so much that he would do anything for me, even if it meant being his most vulnerable with complete strangers? Yes. Oh, what a loving and gracious man he is... he’s the most loving and gracious person I know. For many years after we disclosed to my friends and family, I decided that his status was not my “secret” to tell. So, I didn’t tell anyone, except for medical professionals. It hurt me. I didn’t get the support I needed for those years. When we pursued starting a family, I started speaking out anonymously. I found a fiercely supportive community at HIVE in San Francisco, who carried me and gave me courage to keep speaking the truth. And it felt right. We were comfortable with that. Until I got pregnant.**

And then our friends and family reacted to that news too. More judgements, more opinions, more questions, more support, and more courage. This time we thought it through. We were ready. My parents told me that they couldn’t be happy for us and our growing family until I could produce a negative HIV antibody test for them. I told them that if they wanted to withhold their happiness from us, they were free to do so. But I wasn’t going to be providing them with any documentation of any test, and they could join us in celebrating whenever they felt ready. It took them six months, but they did finally come to be happy for us. And it turned out well. So well that we moved from San Francisco to that small town in the Midwest.

The looming question for us now is whether we will disclose to our daughter someday. Does she really need to know? What if she tells her teachers and classmates? Will she stop being invited to princess birthday parties? Will our neighbors stop letting their kids come over to play?

There is no easy answer or method to these questions. And we still struggle with when to disclose to people. He recently disclosed to his boss and co-workers, but his best friend in the whole world still doesn’t know. And that is why I don’t think this lesson of when/if/how to disclose can ever be fully learned. It’s too dynamic. It changes and develops and shifts all the time. Some days it’s simple and some days it’s complicated. And for us, for now, that’s ok.

If you want to read more about my journey, you can visit my blog: HIV negative Spouses or get the e-book “Positively Negative: Love, Pregnancy, and Science’s Surprising Victory over HIV” by Heather Boerner, which partially features our journey to conceive naturally.

If you found Poppy's story interesting, take a look at other personal stories told by our wonderful guest authors: 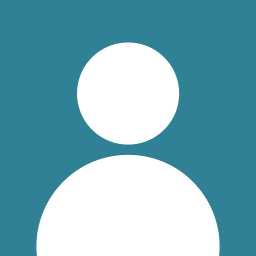 Poppy Morgan is one of the first women in the United States to conceive a child using PrEP. She writes a blog called HIV Negative Spouses popup:yes about living life with her spouse of 17 years, who is HIV positive. Together, they are raising their beautiful daughter in the United States Midwest, where they enjoy morning coffee, meditation, evening dancing, and laughter in their living room.

Not her real name

If you are taking medication for HIV, you may not want people to find out simply by glancing at your phone. MyTherapy can be set to display discreet reminders, helping you take your medications, without compromising your privacy.