Can changing your diet help improve the symptoms of Ankylosing Spondylitis (AS)? The role of nutrition in the development and severity of rheumatic diseases, such as AS, is a topic of hot debate in medical circles. A low-starch diet, heavily advocated by London-based immunologist and honorary consultant rheumatologist at Middlesex Hospital, Professor Alan Ebringer, is often cited as being the most effective for reducing the symptoms of AS.

What is the Supposed Link Between Starch & Ankylosing Spondylitis?

It is widely believed that the immune system plays a fundamental role in the development of ankylosing spondylitis and its subsequent symptoms.

As is usually the case with immune-mediated diseases, researchers think genetics, environmental factors, and infections all contribute to the onset and progression of AS. 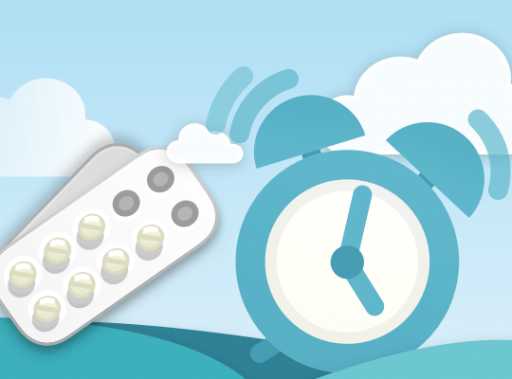 While there is little conclusive evidence regarding the mechanisms and pathology of AS, there are clues upon which theories can be built.

One such clue is the link between AS and a specific variation of a gene called HLA-B. The HLA part of the name stands for human leukocyte antigen, a gene complex that plays a crucial role in regulating the immune system and helping it identify proteins that are foreign invaders (viruses, infections, etc.) rather than ones produced by your body.

HLA is broken down into three classes, I, II, and III. HLA-B is joined by HLA-A and HLA-C in class I.

There are many different variations (alleles) of HLA-B and if you happen to carry HLA-B27, you appear to be at greater risk of AS. This is a bit of a generalization, as there are over 100 further subcategories of HLA-B27 and not all of them have been associated with an increased risk of AS (some may even be protective against it), but for the sake of simplicity we won’t dive into too much detail.

The point is, somewhere in the region of 90% to 95% of people living with AS carry HLA-B27, a far higher percentage than the general population, of which around 8% carry it (the prevalence changes drastically depending on population and race, from 0.1%-0.5% of people of Japanese descent to 24% in northern Scandinavia).

Carrying HLA-B27 does not mean you will definitely develop ankylosing spondylitis, but it does mean you may have a genetic predisposition. For this predisposition to actually lead to AS, something else, it seems, is required.

Again, it is a common belief among researchers that infections from bacteria and viruses can act as triggers for immune-mediated diseases.

Another observation that has been made when it comes to AS is an increased level of anti-Klebsiella antibodies. Klebsiella is a type of bacteria usually found in your intestines, where it is generally harmless. However, when it spreads it can cause a range of diseases. Antibodies are used by the immune system to fight such invaders.

Given the molecular similarities between HLA-B27 and Klebsiella, the theory is that the anti-Klebsiella antibodies are unable to differentiate between the two and attack both. It is a process known as molecular mimicry.

Aside from HLA-B27, the main proponent of this theory, Professor Alan Ebringer, suggests antibodies specifically target certain collagen tissues found in the tendons, spine, and large joints, which would explain the nature of the symptoms of AS.

What is the ‘London AS Diet’?

So, if HLA-B27 puts you at risk of ankylosing spondylitis and bacteria turns that risk into disease activity, where does starch fit into the picture?

According to one of Professor Ebringer’s studies on the topic, there is evidence that complex carbohydrates such as starch-containing products are necessary for the growth, replication, and persistence of many enterobacterial agents including Klebsiella microbes in the large bowel.

Basically, if AS is caused – or even, partly caused – by the factors described by Professor Ebringer, feeding the Klebsiella starch fuels their growth and incites the disease. Conversely, starving the microbes of starch helps break the cycle, reduce disease activity, and ease the symptoms and severity of AS.

Accordingly, the London AS Diet, – named after the city in which Professor Ebringer has spent most of his career – is as such:

Does the London AS Diet Work?

While the theory sounds plausible and Professor Ebringer’s credentials as an immunologist stand up to scrutiny, the proof of the ankylosing spondylitis diet is in the eating.

Conclusive evidence regarding the effectiveness of the London AS Diet, however, does not exist. This shouldn’t come as much of a surprise; proving the cause and effect of any diet and its role in wellbeing is extremely difficult given that it is practically impossible to perform randomized controlled trials – the gold standard of scientific study – on diets (participants would have to be unaware of what they are eating, as would the researchers).

As such, evidence regarding even the most studied diets and their effects on health (e.g. low-fat diet and heart disease) is often inconclusive.

Regarding AS, a 2017 study was the first systematic review of the association between AS and diet. It considered all of the most credible studies, including those performed by Professor Ebringer, and concluded that ‘there is little evidence regarding the fact that aspects of diet influence the severity of AS or are part of its etiology. In particular, there is no evidence that a reduction in starch intake, exclusion of dairy products, consumption of fish and fish oil or probiotic supplementation reduce susceptibility toward AS or diminish AS symptoms.’

However, the authors did stress that this conclusion was based on a few, relatively small, and mainly observational studies. They also noted that many people living with AS believe dietary changes have indeed had a positive effect on symptoms.

This last point is supported by a plethora of blog posts and forum comments from individuals who claim to have benefitted from a carefully crafted diet.

A more conclusive link has been made between diet and Crohn’s disease, which is believed to share certain underlying traits with AS (Crohn’s has also been associated with HLA-B27). Again, the exact nature of the link between diet and Crohn’s is not fully understood, but it supports the idea that what you eat plays some role in the development and symptoms of AS.

Should You Try the London AS Diet?

All of the above does little to answer the question: should you try the London AS Diet?

Organizations, such as the Spondylitis Association of America and the National Ankylosing Spondylitis Society (UK), acknowledge the possibility that the diet could benefit those with AS but stop short of completely endorsing it.

For most people, greatly reducing or even eliminating starch can be done safely and as part of a healthy diet. While there is no guaranteeing it will work, the theory is based on credible science and there is enough anecdotal evidence to suggest it might work (or at least help).

Given the relative safety of the diet, many people consider the diet worth trying. A healthy, low-starch diet is low in risk and could help ease the sometimes-debilitating symptoms of AS. If it doesn’t work, little is lost.

If you are interested in trying the London AS Diet, you should speak to your doctor and/or a professional nutritionist, who can help you design a plan that works with your lifestyle. Of course, if you have other dietary requirements – if you live with diabetes, for example – it is especially important that you speak to your doctor before making such a change to your diet.

Ultimately, the London AS Diet is unlikely to be the silver bullet that eliminates your symptoms – nor do its proponents claim it to be – but, along with a healthy lifestyle and in combination with other treatments, it could help make life with AS that bit easier.

For many people, that makes it worth attempting.

While we have made every effort to ensure the information in this article is accurate, it should not be used as a substitute for professional advice. Please speak to your doctor and/or a nutritionist before making significant changes to your diet.