The condition is on the rise again. It is estimated that 300,000 Americans are diagnosed with Lyme disease every year (CDC), there has been a steep climb in Canada from 144 documented cases in 2009 to a baffling 987 in 2016 (Canada.ca), and the number of infections in the UK has nearly quadrupled in 10 years (Caudwell Lyme).

How much do you know about the serious consequences that Lyme disease can have if it stays undetected or untreated?

What exactly is Lyme disease, how severe are the damages it can cause and how do I prevent my family, pets and myself from contracting it? We have gathered facts and helpful prevention tips on how to best avoid tick bites and detect Lyme disease symptoms to make sure you enjoy the outdoors as safe as possible.

According to the CDC:

“Lyme disease is caused by the bacterium borrelia burgdorferi and is transmitted to humans through the bite of infected black-legged ticks.”

These ticks, which use both animals and humans as hosts, function as a vector between an infected animal and a human CDC. The black-legged tick, or deer tick, is the main transmitter of the disease in North America, while the most common tick and vector of Lyme disease in the UK is the sheep tick (Caudwell Lyme).

There are many types of ticks that can cause a variety of other infections, but this article focuses on Lyme disease symptoms & prevention. The disease is not believed to be transmittable from human to human.

Ticks can be found in forests and wooded areas in Europe and North America (96% of US tick bite infections in 2015 could be tracked to 14 states in the Northeast & Midwest). Possible causes for the recent outbreaks might be deforestation and therefore shrinking numbers of natural predators of tick hosts like deer as well as people moving further into rural areas to live or hike.

What are the symptoms of Lyme disease?

The first thing that may come to mind is erythema migrans, better known as “bull's eye rash”, which is the major symptom people associate with Lyme disease. Although, it will not necessarily appear in every case on every patient.

As the infection spreads from the tick bite throughout the body, symptoms of the different stages of Lyme may vary from patient to patient. Manifestations of the infection are described to be similar to a severe flu that lasts over several weeks, with debilitating headaches accompanied by muscle and joint pain as well as congestion, a sore throat, and distorted vision.

If the condition remains untreated over the course of months or even years, its damage can be as severe as partial paralysis, cardiac arrhythmias, chronic joint inflammation and dysfunctionality of the central nervous system (Medscape).

After receiving a Lyme disease diagnosis, which is usually conducted through a symptom check,

possible previous exposure to tick bites and in some cases blood tests, the treatment consists of antibiotics taken over the course of 2-4 weeks or, in severe cases, given in form of injections.

The fact that some people who have received Lyme disease treatment still have to battle lingering symptoms have sparked debate if such a thing as “Chronic Lyme disease” exists.

This term has been criticized by medical experts who consider it misleading as it sometimes seems to be applied to people who are suffering from symptoms reminiscent of Lyme disease but who have never received a clear Lyme disease diagnosis.

To avoid misdiagnosis and confusion, the CDC and NHS recommend the term Post-Treatment Lyme Disease Syndrome, which is suspected to be caused by damaged tissue or over activity of the auto-immune system.

In the case of experiencing Lyme disease symptoms during pregnancy, it is advised to consult your doctor about potential risks. (NHS)

So how can I best prevent my pets and family catching Lyme disease?

Tick bites are not painful, which is why they often stay undetected. The tiny, spider-like insects cannot jump and thus wait for hosts in tall grass or trees. As soon as they found one, they wander around the body as they prefer soft spots such as the areas behind ears, around the groin as well as the neck, scalp, and armpits.

Remember to take these preventative steps whenever you spend time in parks or woods:

I found a tick on a loved one or myself. How do I safely remove it?

To get rid of an attached tick, use very fine tipped tweezers (there are special tick tweezers available) to grasp onto the insect's mouth parts and pull steadily upwards. Dispose of the tick by wrapping it in a tissue and throwing it away or flush it. In some areas, health departments are thankful for samples, so check your local health department’s website to see if they are interested in receiving ticks for research purposes.

Do not try to burn the tick off, smother it in Vaseline or hurt it in any other way as causing it stress will only result in it regurgitating the contents of its guts into the wound, thus increasing the risk of infection (CanLyme). 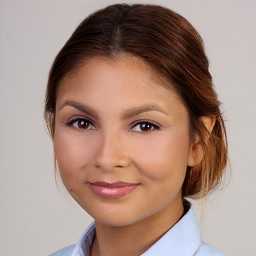 Anna was a child when she discovered her love for literature. Today, she pairs that passion with her study of health science by blogging about health-related topics.

MyTherapy: The app for people with Lyme disease.

MyTherapy's medication reminder alerts you to take your pills and helps you track your progress with a symptom journal you can discuss with your doctor.