With nearly a record high of 12,000 of prostate cancer deaths in 2020, prostate cancer is the most common cancer, both in men and in the general population. On the occasion of Movember 2021, a month to raise awareness of men's diseases, we look at the causes, symptoms and treatments of prostate cancer.

What is prostate cancer?

Physical signs of the disease

In the early stages of its growth, prostate cancer usually does not trigger any physical signs, as it grows on the periphery of the prostate and therefore does not interfere with the passage of urine through the urethra.

When the tumour compresses the urethra, prostate cancer symptoms such as difficulty in urinating, frequent urination, or pain when urinating may occur. However, the presence of these signs in men is much more often a sign of a simple benign adenoma than of cancer.

If prostate cancer is suspected, the doctor first performs a rectal examination to palpate the prostate for any irregularities. This is usually followed by a blood test to check the level of Prostate Specific Antigen (PSA) in the blood (a marker of prostate pathology).

If the suspicion is confirmed, a transrectal ultrasound is then carried out in order to perform biopsies of the prostate, which are the only way to make a definite diagnosis of cancer. Depending on the needs, various examinations such as a CT scan, an MRI or a bone scan can then be carried out in order to determine the possible growth of the disease.

What are the risk factors for the disease?

The majority of prostate cancers are discovered between 40 to 54. 95% of cases occur between the ages of 57 and 88. The average age of getting prostate cancer is 73 years.

Prostate cancer is more common in some families due to genetics. Highly penetrant genetic variants are thought to be associated with prostate cancer risk in these families . In particular, carriers of the BRCA1 and BRCA2 genes have been shown to have a high risk of prostate cancer.

The incidence of prostate cancer varies from continent to continent and from population to population. For example, it is much more common in African-American populations. Conversely, Caucasian and Asian populations have a lower risk of developing prostate cancer. It is likely that environmental factors are involved, but the cause of these differences has yet to be explored.

A significantly overweight man has a higher risk of having prostate cancer detected at an advanced stage. Recent studies conducted by the British Nutrition Foundation have also shown that a diet high in animal fat and low in fibre is a risk factor for prostate cancer.

The proposed treatments may aim to:

The different treatments used in prostate cancer include:

During treatment, not smoking is beneficial. It has a positive influence on the tolerance of the treatment and the prognosis of the disease. Appropriate physical activity also helps to improve quality of life and response to treatment. In addition, nutritional support can be useful to prevent, detect or treat undernutrition or overweight linked to the treatment.

However, treatment is not limited to specific cancer treatments. As part of a holistic approach, additional support may be needed to manage the possible consequences of the disease. The following organizations can provide you with the support you need to deal with the psychological or social difficulties associated with the disease.

Dedicated to male cancers (prostate), the association Prostate Cancer UK was founded in 1996. It aims to " improve the care and welfare of those affected by prostate cancer, increase investment in research, and raise public and political awareness of a long-neglected disease. ".

They describe themselves as the " new force in the charity sector born from the experiences of men who have travelled different journeys through prostate cancer". Their focus is on providing more men with earlier screening and access to better treatments. 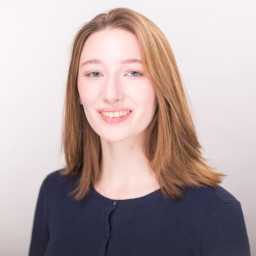 Emma is a French marketing student living in Munich for her gap year. She loves travelling, swimming and meeting new people.