Being diagnosed with multiple sclerosis (MS) will usually lead to concerns about reduced mobility and the impact it has on one’s ability to perform everyday tasks, from turning the lights on and off to typing long works of text. Voice recognition software, the accuracy of which has improved immeasurably in recent years, is shaping the world of consumer technology. For people living with MS, this tech can be truly assistive and holds the potential to retain and restore independence that may otherwise have been lost. Here are three ways it can do so.

The Rise of Voice Recognition Software

‘Computational linguistics’, the field to which technologies such as voice recognition and speech synthesis belong, is far from new. Anyone who has watched Amazon’s The Marvelous Mrs. Maisel, set in the late ’50s, may notice references to the technology being developed at Bell Labs, where a computer named “Audrey” – which could recognize digits spoken by a single voice – was created in 1952 and where a computer famously ‘sang’ Daisy Bell in 1961.

It is fitting that this reference is made on a show produced by Amazon, one of the companies pioneering the technology today in the form of Alexa – its voice-controlled ‘assistant.’

Alexa’s main competitors are Apple’s Siri, Google’s Google Assistant, and Microsoft’s Cortana. With four of the largest and most resourceful companies on the planet vying to create the most accurate voice recognition software, it is no surprise that development has been rapid in recent years.

Here are three ways voice recognition software is powering assistive technology that could be beneficial to people living with MS.

While the idea that multiple sclerosis always leads to severe disability is a misconception, people living with it will experience some degree of reduced mobility – at least at times – in the vast majority of cases. This can make everyday tasks difficult or even impossible without help. 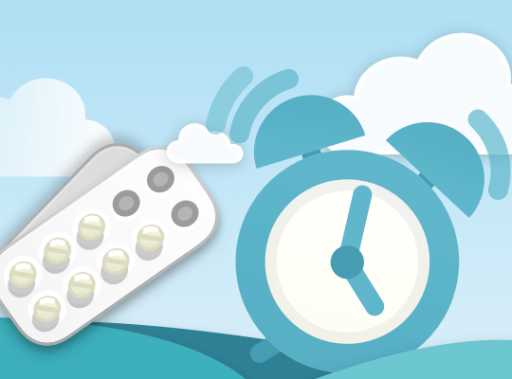 Arguably the most exciting way in which voice recognition technology is being utilized in with the development of smart devices, which can help prevent such a loss of independence.

If you take everyday household items such as light bulbs, thermostats, and doorbells, and give them connective technology such as WiFi or Bluetooth, those everyday items become smart and join what is known as the Internet of Things.

How Smart Tech Doubles Up as Assistive Tech

The starting point for many people wishing to incorporate smart devices into their home is the humble light bulb, which is a perfect example of how being ‘smart’ can transform the usability of regular items around the house.

Although there are many different variations of smart light bulbs on the market, they share the common characteristic mentioned above: connectivity.

It means they can be controlled via a smartphone app, rather than with traditional switches and dials.

More sophisticated systems allow you to create a network of bulbs around your home, all of which you can control from a single app. As well as simple on/off functions, they often have dimming controls, different colors, and programmable presets. It is even possible to connect them to devices such as motion sensors.

As well as light bulbs, thermostats are popular smart devices. In addition to making it much easier for people with reduced mobility to control their heating, smart thermostats may help reduce energy expenditure (for example, by having your heating come on an hour before your alarm, rather than leaving it on all night).

Other smart devices include:

For those living with MS, controlling such devices via an app can help protect and restore one’s ability to perform everyday functions, while conserving energy (both your own and those that make up the utility bills).

So, while smart devices are not designed specifically to be assistive, their very nature means they fit the description for a vast number of people.

The Role of Voice Recognition

As convenient as it is to control smart devices via a smartphone, there is one additional item that further strengthens their assistive capabilities for people living with MS: smart speakers.

Such speakers have microphones built in to them and are able to connect to an array of smart devices. The most popular smart speakers run Google Assistant or Alexa, while Apple has the HomePod for its ecosystem of devices.

Once connected, it means you are able to control your devices with your voice.

“Alexa, turn the bedroom light off,” or “Okay Google, turn the heating on” are simple examples of how the technology can be used. At the more advanced end of the scale it is possible to have single commands trigger multiple events across multiple devices.

Admittedly, the prospect of installing and getting to grips with smart devices can be a daunting one. While it can be complicated to get started, once everything is up and running and you are familiar with how to operate a smart home, the benefits are truly assistive for those living with reduced mobility or disability (be it from MS or otherwise).

If you want to learn more about smart devices and their assistive capabilities, take a look at our article: The Smart Devices Transforming the Lives of People with Disabilities.

Such assistants may have been little more than gimmicks just a few years ago, but they are now far more powerful, and their assistive capabilities may be particularly useful for those who have difficultly using touchscreens.

Most users don’t use voice assistants for ‘simple’ tasks such as opening apps, making phone calls, and replying to messages. These tasks may not be so simple for a person living with multiple sclerosis, however, as its effect on one’s fine motor skills and cognitive abilities, as well as tremors and numbness, can make using a touchscreen difficult.

Both Apple’s Siri and Android’s Google Assistant can easily be used to perform these tasks, as well as endless other features ranging from setting alarms to shopping. The accuracy of voice recognition has thankfully reached the point where you do not need to repeat “call mom” countless times for your phone to oblige.

The improved accuracy creates potential for them to be useful assistive technologies, which both Google and Apple are working to fulfil.

In October 2018, Google’s Voice Access app was fully released having been beta tested for over two years. It is capable of performing a wider range of tasks than Google Assistant, and has been designed specifically to increase accessibility for people with reduced mobility that may impair hand function.

The overarching aim of Voice Access is to make an Android device function completely without needing to touch the screen at all.

At the time of writing, it is fair to say that there are still significant kinks with Voice Access that need ironing out. Ironically, one such kink is its compatibility with Google Assistant.

Nonetheless, Voice Access is one of the more ambitious accessibility apps to have been developed recently. With continued improvements, it could prove to be greatly assistive to many smartphone users.

The most significant update to Siri recently was the release of Siri Shortcuts. Apps that support Shortcuts allow users to access the core functions of the app with a single voice command. For example, “Hey Siri, is my flight on time” can trigger TripIt to bring up your flight details and speak them aloud, without actually opening the app.

In addition to Shortcuts built into apps, Apple released a dedicated Siri Shortcuts app that allows users to create custom voice commands that can trigger multiple events. These can involve apps that support Shortcuts, as well as system controls such as WiFi or Do Not Disturb.

You can read more about Siri Shortcuts in an article we published at the time, Siri Shortcuts: A Quick Path to Accessibility for Blind and Visually Impaired Users?.

While that article explains how Siri Shortcuts can make the iPhone more accessible to blind and visually impaired users, the same can be said of its assistive capabilities for those living with multiple sclerosis by replacing the need to use the touchscreen with voice commands.

As well as helping those with multiple sclerosis navigate their smartphones via voice commands, voice recognition technology now means dictation is a viable tool for longer pieces of writing.

Writing emails, blogs, articles, or even a book, can be done with software that is becoming ever more sophisticated. Software developed by a company called Dragon has an extraordinary reputation for accuracy and is often ranked as the best voice dictation on the market.

Different versions of the software are available for both Windows and Mac OS. The company claims the software is 99% accurate and takes advantage of machine learning to recognize the unique characteristics of users’ voices, thus improving recognition over time.

There are plenty of stories online (such as this one and this one) of people living with MS using such software. As the second of those stories demonstrates, the software can also ‘learn’ words it may not recognize out of the box (Ocrevus being the appropriate example).

As is the case when it comes to using a smartphone, the symptoms of MS can make using a keyboard difficult. This difficulty is exacerbated by fatigue, making longer pieces of writing particularly troublesome.

The fact that voice recognition is now far more hit than miss means that dictation software is a truly assistive piece of technology for those living with MS.

What Next for Speech Recognition as an Assistive Technology?

As impressive as speech recognition now is, there is another symptom of multiple sclerosis that has not been discussed: impaired speech.

With recognition of ‘regular’ speech now so good, it is reasonable to suggest that recognizing ‘non-regular’ speech should be a significant point of development.

One start-up, Voiceitt, has been created to crack this specific nut, and it an area to which the major players such as Google and Apple must dedicate resources if they are truly committed to improving accessibility.

That, combined with ever-increasing practical applications of voice recognition software, will help it become a more effective piece of assistive technology for people living with MS.