Mediterranean, DASH, or Ornish? These are three of the most popular diets that claim to reduce your risk of heart disease and other cardiovascular conditions, and benefit those living with such diseases. In this article we examine the evidence behind these diets, to help you decide which one is right for you.

What is the Mediterranean Diet?

The Mediterranean region is famed for its healthy eating habits. The key characteristics of the Mediterranean diet are an abundance of fruits and vegetables, olive or canola oil rather than butter, plenty of nuts and grains, fatty fish, poultry, and – last but not least – a splash of red wine.

A typical day on a traditional Mediterranean diet may consist of Greek yogurt with nuts, fruit, and honey for breakfast, roasted sardines or anchovies accompanied with boiled greens and drizzled with olive oil at lunchtime, and a large salad with olive oil dressing, grated or crumbled cheese, and nuts for dinner. A few nuts and fruits throughout the day are also typical. 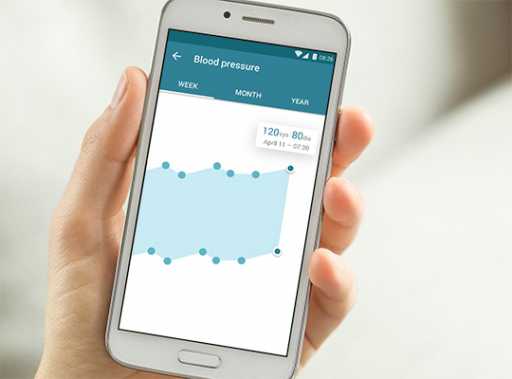 The app for a happy heart

A quick search I just performed for ‘Mediterranean meal plan’ yielded 197 million results on a well-known search engine, reflecting the growing popularity of the diet around the globe.

As previously mentioned, the diet is widely regarded as a healthy one, so the question is…

Italy is the world’s healthiest country, according to the Bloomberg Global Health Index, while the Mediterranean island of Sardinia is a “Blue Zone” for people living longer and with lower rates of health problems such as heart disease. The population Greek island of Ikaria, which is in the Aegean Sea, lives a typically Mediterranean lifestyle and also made the list.

How much does the Mediterranean diet contribute to the apparent health benefits those in the region enjoy?

A study published in The New England Journal of Medicine in 2013 suggested rather a lot.

Rather than simply observing the Mediterranean population, the study enlisted nearly 7,500 people aged between 55-80 years old, all of whom lived either with type 2 diabetes or at least three risk factors for heart disease.

Participants were assigned to one of three dietary intervention groups, two of which were Mediterranean diets and the other a control diet, with certain measures taken to ensure adherence.

The median follow-up time was nearly five years. The study concluded that the Mediterranean diets reduced the risk of cardiovascular complications such as heart attacks and strokes by 30%.

While many took it as confirmation of long-held beliefs, concerns were raised about the methodology used in the study.

In the past fortnight, the researchers retracted the paper and re-published it, thus acknowledging the paper’s shortcomings. In the new paper, however, the authors still claim the risk was reduced by 30% – but stops short of claiming the diet is the sole reason for the reduction.

Nonetheless, there is a significant body of evidence that suggests Mediterranean diet is among the healthiest of any region on Earth, and does indeed reduce your risk of cardiovascular diseases.

Several of the elements alone, such as fish and nuts, have been linked to a reduction in risk, but it seems as though the typical Mediterranean diet is remarkably balanced one. No one component has shown to be as beneficial as the whole, so if you decide to start following the diet, it is worth doing so with conviction.

Alternatively, you could adopt…

What is the DASH Diet?

DASH stands for Dietary Approaches to Stop Hypertension. Hypertension – or high blood pressure – is one of the major risk factors for cardiovascular diseases.

It seems the DASH diet takes more than a little inspiration from the Mediterranean, consisting of vegetables, fruits, and low-fat dairy foods, as well as whole grains, fish, poultry, and nuts in moderation.

However, there are some key differences. The DASH diet is primarily focussed on cutting down on sodium. The regular diet that limits consumption to 2,300 milligrams (mg) per day and a more extreme version which is limited to 1,500 mg per day – primarily for people living with high blood pressure.

The Mediterranean diet does not limit sodium intake, and tradition foods from the region, such as olives, would likely be eliminated in the DASH diet.

The Mediterranean diet allows for greater consumption of (unsaturated) fat, particularly from olive oil, which may be healthy for your heart but adds calories.

The ratio of red meat to fish also varies, with the DASH diet including more of the former.

The DASH diet was developed in the early ’90s off the back of research sponsored by the US National Institutes of Health (NIH), with the specific aim of reducing blood pressure.

Since then, dozens of studies have been performed to measure its effectiveness.

The overwhelming consensus is that the diet achieves its goal, with one of the most recent stating:

“The combination of reduced sodium intake and the DASH diet lowered systolic blood pressure (SBP) throughout the range of pre- and stage 1 hypertension, with progressively greater reductions at higher levels of baseline SBP.”

That conforms to what the United Nations (UN), the World Health Organization (WHO), Centers for Disease Control and Prevention, and basically all major health organizations agree on: that dietary sodium intake plays a significant role in heart disease and other cardiovascular conditions.

Clearly then, lowering your blood pressure by reducing your salt intake subsequently mitigates your risk of heart complications.

The evidence, therefore, suggests both the DASH diet and the Mediterranean diet are effective in reducing the risk of heart disease. The DASH diet, as the name suggests, is primarily aimed at reducing blood pressure so is perhaps the better option if that is your specific target.

For many people, however, the health benefits are rather similar, so personal preference may be the deciding factor.

What is the Ornish Diet?

The Ornish diet was devised by Dean Ornish, MD, and is perhaps the most extreme of the three listed in this article. There are different versions of the diet (hence the name of his book, “The Spectrum”), but for the sake of this article we are focussed on the best known: the one aimed at preventing and actually reversing heart disease.

Quite in contrast to the Mediterranean diet and, to a lesser extent, the DASH diet, the Ornish diet is extremely low in fat – both saturated and unsaturated.

A mere 10% of calories are derived from fat. In order to achieve such a low intake of fat, the diet is essentially vegan, cutting out all meat, fish, and egg yolk. Egg whites and a small amount of low-fat milk or yogurt are about the only animal products that are permitted.

Of all three diets listed, the Ornish is by far the most restrictive. With that in mind, the important question is…

The Ornish diet is claimed to prevent and possibly reverse heart disease.

The evidence comes in the form of a study published by Dean Ornish, MD, in 1998 in which 48 patients with a history of heart disease adopted intensive dietary changes (what would become known as the Ornish diet), or more moderate changes (control group).

The study found a regression of coronary heart disease after five years in the intensive group, compared to progression in the control group.

More recently, an in-depth review of diets by a group of experts ranked it just behind DASH and alongside the Mediterranean diet for the best heart-healthy diets.

However, it has been debated whether the diet need be as strict as it is. While it is undoubtedly effective, it could be that the drastic reduction in fat is not necessary.

If you reintroduce unsaturated fat, the diet once more begins to resemble the Mediterranean and DASH diets.

Whether the Ornish diet is too strict is debatable, but it has been shown to prevent or reverse heart disease. However, the nature of the diet may make it difficult to stick to, while it also restricts vitamins and minerals, so it is worth consulting your doctor before adopting it.

Which Diet is Right for Me?

The Mediterranean and DASH diets are not all or nothing. It is possible to gradually adapt your eating habits based on these diets and begin to reap the benefits. If you are already living with or are at high risk of cardiovascular diseases, and thus want more drastic results, the more strictly you will likely have to adopt such changes to your diet.

The Ornish diet is stricter by default, as it is designed to reverse heart disease, although more moderate versions are available.

It is worth bearing in mind that these are not quick-fixes or ‘fads.’ Rather, they are intended as lifelong changes to your eating habits, and they must be adopted as such to truly mitigate your risk of heart diseases.

Luckily, each has a library of delicious recipes and cook books, so keeping your heart healthy and your taste buds happy is not as difficult as you may think.

While we make every effort to ensure the information published on this blog is accurate, it should not be used as a substitute for professional advice. We strongly encourage you to speak to your doctor or a dietician before making significant changes to your diet.