If you were diagnosed with rheumatoid arthritis, would that make you crazy?

If a loved one told you they had type 2 diabetes, would you henceforth consider them violent and dangerous?

If your neighbor lived with multiple sclerosis, would you suggest they could cure themselves, just by trying a little harder to have a positive outlook?

Of course not would be most people’s answer to the above questions. Yet when it comes to bipolar disorder, those are the type of misguided opinions people living with the condition face on a regular basis.

In support of World Bipolar Day, and with the help of bloggers living with the conditions, we examine the harmful myths those with bipolar disorder face.

A mark of disgrace is the definition. Shame, dishonor, and stain are synonyms. The word, as you may have guessed, is stigma.

It seems incredible that such deeply negative qualities should be inflicted upon a person due to an illness beyond their control. Yet, despite greater awareness and an ever-improving understanding of mental conditions, those living with bipolar disorder must still tolerate the stigma associated with it. They must still hear the word ‘bipolar’ used as an insult. They must still watch people react with discomfort upon learning of their condition. They must still confront harmful myths concerning mental health.

They must do all of this while living with a serious and potentially life-threatening illness.

World Bipolar Day is an opportunity to combat such myths with truth, continue chipping away at the stigma, and help those living with bipolar disorder do so without fear of being shamed for their condition. To help achieve this, we enlisted the help of four bloggers living with bipolar disorder, each of whom has given us a glimpse into the myths and misconceptions that they have faced. 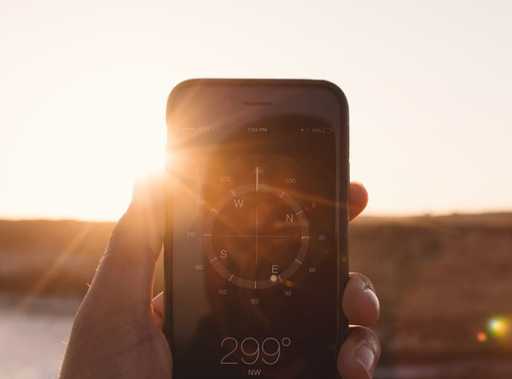 Myth: Everyone with Bipolar Disorder is Wildly Unpredictable

A common misconception regarding bipolar disorder – and indeed many mental health conditions – is that every individual is massively unpredictable. According to Natasha Tracy, who was diagnosed with bipolar disorder at the age of 20, this particular myth persists even when one’s actual behavior lends it no credibility.

“I think one of the major myths about people with bipolar disorder is that we are unpredictable and unreliable,” says Natasha, whose award-winning writing and speaking has been extensively featured on both sides of the Atlantic.

“People tend to think this about people with mental illness in general, but I’ve experienced it with my bipolar disorder. And it seems, no matter how consistent I act, some people out there still believe I’m suddenly going to tear my human face off and become an alien.”

Natasha, whose book, Lost Marbles, offers a deeply insightful look into the realities of life with bipolar disorder, says that while the effects of the condition should not be ignored, nor should it be assumed that they are the same for everyone.

“Please understand, I have no doubt some people with bipolar disorder are unpredictable and/or unreliable. I know bipolar disorder sometimes drives people to do things they wouldn’t normally do. But this is not the case for so many of us. Many of us do have control, certainly the vast majority of the time. So many of us make great friends, lovers, partners and loved ones and can be relied on just like anyone else.

“I know, for me, being reliable, and that includes predictable, is very important. These are very important characteristics in myself and in those I care about. When I say I’m going to be somewhere at 3:30 p.m., believe me when I tell you, I will be there on the dot. And while when I get there my mood might be high or low, I will always get there. I care tremendously about this type of reliability.

“And while I know it is an unfortunate truth that some with bipolar disorder tend to push people away in certain moods, this isn’t me. I’m always available to my loved ones. True, I might have to say ‘no’ to something because of a severe depression, but I’ll still always be there and always return a text or call.

“My point is, we don’t suddenly strip off our clothes and run down the street naked while going to get coffee.

“We don’t suddenly start screaming at you in the middle of a conversation. When bipolar disorder is treated, when people have been through therapy and see a psychiatrist, we learn to mitigate our own impulses. I can’t say those without treatment don’t act unpredictably, but I can say I don’t. I can say we are all different and we deserve to be treated as individuals and not painted with the same brush just because of some popular myth.”

The assumed unpredictability Natasha speaks about also means it is often assumed that a person living with bipolar disorder is too unreliable to hold down a job, too volatile to start a family, too erratic to contribute to the community. Yet many people living with bipolar disorder achieve all of this and much more. The key is having the condition diagnosed, which unlocks the door to a treatment plan that enables the above to be possible.

“As a person diagnosed and living with bipolar disorder, I have encountered many different misconceptions for false ideas about bipolar,” says Dave Wise, who was diagnosed with bipolar disorder nearly 15 years ago. His website, #DaveWiseMatters, provides a glimpse into his own life, as well as those of other individuals he features.

“I think one of the biggest misconceptions I have encountered is that a person living with bipolar disorder cannot live a life full of meaning and quality. Today there are many different treatments for bipolar disorder ranging from therapy to new medications.

“Sometimes simple things like exercise, creative outlets, and journaling can help assist people like myself living with bipolar to live better lives. You can have a family, hold jobs, play a role in your community if you have bipolar disorder.

“Bipolar disorder is not a death sentence.

“It does not mean you will be in and out of the hospital your whole life, or that you will never find love or happiness. Bipolar can be a struggle; however, it is manageable with some effort, support, and a good treatment plan.”

Myth: Bipolar Disorder is a Simple Condition to Overcome

As Dave point out, a good treatment plan is vitally important. When left untreated bipolar disorder, like many illnesses, can develop into a more serious and life-threatening condition. Yet, while nobody questions the idea of a person living with high blood pressure or atrial fibrillation using drugs to control their condition, using medication to manage bipolar disorder – and other mental conditions – is not so widely accepted. Those doing so, such as blogger Dennis Heil, face scrutiny and judgement from those around them. The consequences can be extremely serious.

“Bipolar Disorder is not a minor illness or small inconvenience. It is a serious mental illness that has the potential to destroy not only the life of the person with it, but those of the people around us that we love and care about,” explains Dennis, who describes the 15 years he spent undiagnosed as miserable, and ones that included suicide attempts and personal turmoil. His website, Bipolar Manifesto, is a resource to support those living with bipolar disorder, and their loved ones.

“When I hear things like – ‘Try this oil instead of harsh drugs!’ ‘All you need is meditation!’ ‘Big Pharma is out to get you!’ ‘Doctors don't know anything!’ - it is enraging.

“It's enraging because it oversimplifies a complicated problem that influences vulnerable people into making bad decisions that can destroy their life.

“After all, it's not like the person spewing this garbage will stick around to deal with the fallout of someone who decides to quit their medication.

“Psych medication is a necessity for many of us. And while the side effects aren't fun and there is always some concern about long-term effects, one needs to be just as, if not more concerned about the long-term effects of mismanaged bipolar disorder.”

Bipolar disorder is, as the name suggests, characterized by one’s mood switching between extreme “ups” (mania) and extreme “downs” (depression). When someone living with bipolar disorder experiences mania or depression, it is known as a cycle and can last from a few hours to months. While each case is unique, many people will experience one or two cycles per year. Four or more cycles within a 12-month period is considered rapid cycling. This definition of ‘rapid’ contradicts another popular myths: that everyone living with bipolar disorder flips between extreme moods every five minutes.

“A common myth about bipolar disorder is that we are all up and down with moods daily or that we all rapid cycle,” says Eleanor Segall, who has written her blog, Be Your Own Light, for two years. Eleanor was diagnosed with bipolar disorder at the age of 16. As well as writing her own blog, she has featured extensively in British publications and websites about her experiences and treatment.

“With proper treatment – medication and therapy – bipolar can be kept under control but in this each person is unique. What works for one person will not work always for another.

“We all have individual brain chemistry, environments and complex symptoms. Therefore, our bipolar will present differently.

“Some people do rapid cycle but not all of us do.”

❌ *Bipolar disorder just means mood swings* ✔️ Sadness and joy are obviously typical human emotions. However, depression and mania are far more extreme and can last for weeks, even months, on end

❌ People with bipolar disorder are dangerous

✔️ Bipolar disorder does not make one inherently violent or dangerous. However, drug and alcohol abuse is more prevalent among people living with bipolar disorder – and it is this that has been linked to violence. The key, therefore, is ensuring those living with the condition are able to receive the necessary treatment and support – and not feel ashamed for seeking it – before turning to substance abuse

✔️ Bipolar disorder is not an excuse, it is an illness. Like many illnesses, it has symptoms – extreme behavior being one of them

❌ Bipolar disorder is a rare disease

✔️ Willpower is great for many things, but curing diseases is not one of them

❌ Bipolar disorder can only affect adults

✔️ Although subject to some debate, bipolar disorder has been identified in children as young as six. However, it can be difficult to differentiate from attention deficit hyperactivity disorder (ADHD)

“The vision of World Bipolar Day is to bring world awareness to bipolar disorders and to eliminate social stigma.”

To help support this vision, we’ve compiled the myths and facts found in this article and put together the infographic you can find above. We welcome you to download and share it, helping spread the facts, dispel the myths and, ultimately, quash the social stigma that Natasha, Dave, Dennis, Eleanor, and everyone living with bipolar disorder face.

We would like to thank all four of them for contributing to this post. If you would like to read more of their words of wisdom, their blogs are:

Regardless of your specific treatment plan for bipolar disorder, MyTherapy can lend a helping hand. With medication reminders, a symptom tracker, and monthly health report, it is the perfect app for helping you manage your mental health.