No group of people has more power to raise awareness and smash the stigma surrounding mental illness than celebrities. Those who have opened up about their own mental health have helped countless people, including other celebs, acknowledge their own struggles with mental wellbeing. Here are 10 famous faces from the TV, film, and music industries who have helped shine a light on mental illness and quotes from each of them.

Celebrities & Mental Health: Keep an eye out for part two, which will include sports and fashion stars who have opened up about their mental wellbeing.

Since her movie debut in 2007’s Superbad, Emma Stone has become one of the most successful and decorated film stars of recent times, winning the Academy Award for Best Actress in 2017 for her role in La La Land.

Throughout her career, Stone has helped draw attention to mental health by discussing her own struggles with anxiety and panic attacks.

Her featuring in the likes of Grazia, British newspaper The Independent, and Cosmopolitan, as well as teaming up with charity, Child Mind Institute, has helped reach a wide and diverse audience.

“Don’t ever feel like you’re a weirdo for it because we’re all weirdos.” 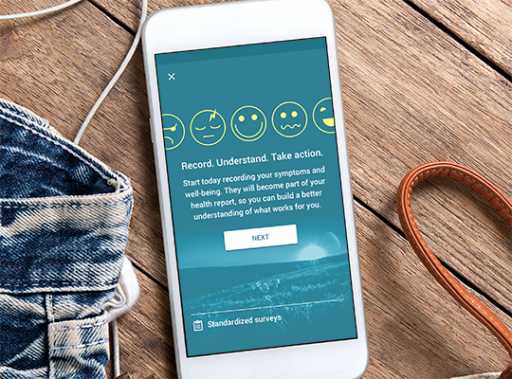 Like Emma Stone, Ryan Reynolds is another Hollywood superstar who appears to have it all. Nonetheless, the success films such as Deadpool have earned Reynolds do not make him immune to the symptoms of anxiety that he has lived with since a young age.

He has spoken openly about his mental wellbeing, including how humor and exercise help him deal with anxiety and depression.

“I have anxiety, I’ve always had anxiety. Both in the lighthearted ‘I’m anxious about this’ kind of thing, and I’ve been to the depths of the darker end of the spectrum, which is not fun.”

Ellen DeGeneres is no stranger to adversity; the fallout of her coming out as a lesbian in 1997 included intense tabloid scrutiny and ultimately led to her sitcom, Ellen, being dropped by ABC the following year.

She tackled severe depression in the aftermath, before a combination of anti-depressants, therapy, and meditation forget a route to recovery.

She has bounced back to become one of the most successful and admired personalities on TV, not least thanks to her long-running talk show, The Ellen DeGeneres Show.

DeGeneres uses her platform to both advocate for the LGBTQ community and to raise awareness of mental illnesses, helping her become a role model for countless people who can relate to what she has dealt with.

“Depression eats away at your confidence and you get lost in that, and forget that you’re enough just as you are.”

Wrestler-turned-actor, Dwayne “The Rock” Johnson, appears to be exactly the sort of person that doesn’t talk about mental health. By discussing his own battles with depression, he has helped shed the erroneous notion that discussing such issues is a sign of weakness, particularly among men.

In 2018, Johnson gave an interview to the British newspaper, The Express, in which he discussed his mother’s attempted suicide when he was 15 and the devastating impact it had on him.

“Depression never discriminates. It took me a long time to realize it but the key is to not be afraid to open up.”

Kristen Bell, famed for her roles in The Good Place, Frozen, and Forgetting Sarah Marshall, among many others, opened up about her battle with depression in an article published in Time in 2016. She described it as something “intangible” dragging her down, first in her college years and subsequently throughout her career.

Since revealing her experiences with depression and anxiety, Bell has continued to speak candidly about her mental wellbeing, as well as using social media to interact with fans.

She has become one of the most prominent celebrities advocating for people living with mental health conditions.

“I now have not stopped talking about it, mainly because I want people to hear that it’s not a big deal and that you can be happy and healthy.”

5 Musicians Who Have Shared Their Experiences with Mental Health

Selena Gomez’s health has been well publicized since she canceled the remainder of her Revival tour in 2016 due to anxiety, panic attacks, and depression that were related to lupus, with which she was diagnosed in 2013.

Since then, Gomez has required a life-saving kidney transplant and has received treatment in mental health facilities.

She has spoken openly about her treatment and how it has helped her, as well as topics such as social media and the effect it can have on people’s wellbeing.

“I go to therapy. I believe in that and talking about where you are.”

Fall Out Boy bassist, Pete Wentz, struggled with mental health for years before being diagnosed with bipolar disorder.

He has since discussed issues such as identity, treatment, and the effect having children has had on his mental wellbeing.

Like others on this list, including Kristen Bell and Michael Phelps, Wentz has contributed to the Child Mind Institute’s #MyYoungerSelf campaign, discussing what he has learned over the years.

“Life is a journey, and I think it’s important not to just slap a smile on your face when you’re feeling down … It’s also important to know that you can reach out to people.”

In 2014, Lady Gaga revealed that she was raped when she was 19 years old, and has since described opening up about it to be like facing a ‘big, ugly monster.’

She lives with PTSD as a result and also believes the assault triggered her physical battle with fibromyalgia.

In 2018, she gave a passionate 23-minute speech at the SAG-AFTRA Foundation Gala in which she discussed her own experiences of suicidal ideation and masochistic behavior, while calling for programs, awareness, and infrastructure for mental health support and services.

“I needed mental health care. I needed someone to see not through me or see the star that I had become, but rather see the darkness inside that I was struggling with.”

Former One Direction star, Zayn Malik, has openly discussed his experiences with anxiety and an eating disorder. He first disclosed the latter in his autobiography, revealing that he would go two or three days without eating.

In 2016, he canceled a performance at the Capital Summertime Ball just 90 minutes before the show, explaining on social media that he was ‘haunted’ by the worst anxiety of his career.

In an interview with the British newspaper,The Sunday Times, Malik discussed the importance of challenging the traditional image of masculinity, so more men have the confidence to discuss conditions such as those he has faced.

“I wanted to tell the truth. Anxiety is nothing to be ashamed of; it affects millions of people every day. I know I have fans out there who have been through this kind of thing, too.”

She has supported programs such as Be Vocal and was named Mental Health Ambassador for Global Citizen in 2017.

In the same year, she released a documentary on YouTube, called Demi Lovato: Simply Complicated, that gave a candid insight into her life.

Despite relapsing and suffering a suspected drug overdose in 2018, after which she spent 90 days in rehab, few others have raised awareness of mental health issues and helped tackle the stigma as much as Lovato.

“Mental health is something that we all need to talk about, and we need to take the stigma away from it. So, let’s raise the awareness. Let’s let everybody know it’s OK to have a mental illness and addiction problem.”

In sharing their mental health stories, celebrities like those listed here are helping prove that no one is immune to mental illness and that there is no shame in acknowledging when you need help.

If you are concerned about your mental health, these articles can offer advice about who you can turn to for help: