Type 1, type 2, and gestational diabetes are considered the three major forms of diabetes. However, type 1.5 – Latent Autoimmune Diabetes in Adults (LADA) – is missed off the list, despite a higher prevalence than you may think. Here are a few facts worth knowing about type 1.5 diabetes.

How Many Types of Diabetes Are There?

The most common answer is: there are three major forms of diabetes – type 1 diabetes, type 2 diabetes, and gestational diabetes. However, there is a fourth form you may not be familiar with: type 1.5 diabetes.

Type 1 diabetes is an autoimmune disease, like multiple sclerosis or rheumatoid arthritis, meaning your own immune system attacks the body. In the case of type 1 diabetes, it destroys the beta cells in the pancreas that produce insulin, the hormone that allows glucose (sugar) into your cells to provide energy.

Without insulin, glucose remains in the blood stream and causes high blood sugar levels, which can lead to complications such as eye, kidney, nerve, or heart disease. That is why the primary treatment for type 1 diabetes is insulin, usually injected with a syringe, pen, or pump.

Type 1 diabetes is often referred to as juvenile diabetes, as it tends to be diagnosed during childhood or teenage years. However, it can occur in adulthood – which we will get to shortly.

Type 2 diabetes, contrary to type 1, is not an autoimmune disease and the insulin-producing beta cells are not destroyed. 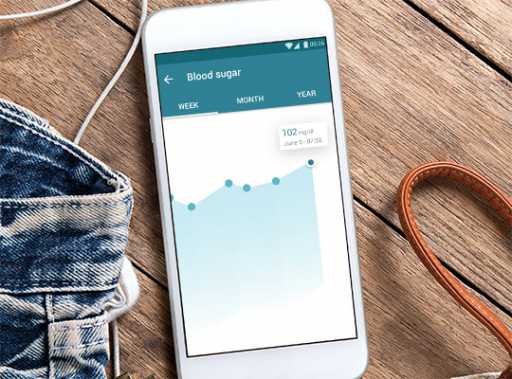 The precursor to type 2 diabetes is insulin resistance, which means the body’s response to insulin starts weakening and glucose is not absorbed by cells in muscles and the liver as it should. The pancreas responds by releasing more insulin to counteract the weakness in order to maintain healthy blood sugar levels.

Because it is usually symptomless and thus left undiagnosed and untreated, insulin resistance often progresses to the point of becoming prediabetes – also usually symptomless – and then type 2 diabetes. By the time insulin resistance reaches the stage of type 2 diabetes, the body struggles to maintain blood sugar levels and symptoms such as frequent urination, blurred vision, and excessive thirst are likely to occur.

Although type 2 diabetes can reach the point that one requires insulin injections, this is generally not the case, as the body is still producing its own supply.

Positive lifestyle changes – particularly regarding exercise and diet – may be enough for a person living with type 2 diabetes to control their blood sugar levels. If medication is required, metformin – which increases insulin sensitivity – is often the first prescribed.

Finally, there is gestational diabetes, which occurs during pregnancy (usually during the second half). Although it is often symptomless, women are advised to have their blood glucose levels tested around 26 weeks into pregnancy. Treatment including lifestyle changes and medication can help mitigate the risk of complications, such as the baby growing larger than usual, which can lead to difficulties during delivery.

Although gestational diabetes usually disappears again after birth, those who experience it are at greater risk of developing type 2 diabetes in the future.

These are only brief explanations of the three best-known forms of diabetes, but knowing the basics helps put the fourth into context.

As the name suggests, type 1.5 diabetes shares characteristics with both type 1 and type 2 variants of the disease. It usually occurs in people over 30 years old.

As both terms suggest, type 1.5 diabetes is similar to type 1 insomuch as it is an autoimmune disease that destroys the beta cells that produce insulin. In fact, some researchers consider type 1.5 to be a subtype of type 1.

A recent study investigating the genetic make-up of type 1.5 diabetes found “the strongest genetic signals in LADA (type 1.5) were mainly shared with established variants known to be linked to type 1 diabetes.”

While the mechanisms of type 1.5 resemble that of type 1, it can take between two and six years for an individual to become insulin-deficient and possibly require insulin treatment. This is much slower than type 1 typically progresses.

During that period a careful diet and healthy lifestyle may suffice in controlling blood sugar levels.

The study also found evidence that variants of a gene (PFKFB3) linked with type 1.5 impacts metabolism, which is a key marker of type 2 rather than type 1.

Type 1.5 Diabetes: Similarities and Differences to with Type 2

Aside from the metabolic impact, type 1.5 diabetes resembles type 2 when it comes to symptoms, which include excessive thirst, frequent urination, weight loss, and blurred vision.

Type 1.5 typically occurs in people over 30 years old. Although the most common age group for a type 2 diabetes diagnosis is 45 to 64, the prevalence amongst young adults is increasing, so the difference in typical age-of-onset between the two variations is getting smaller.

In a clinical environment, it is easy to see how a person over the age of 30, reporting the previously mentioned symptoms, and whose blood sugar levels are high, might be diagnosed with type 2 diabetes. Especially if that person happens to tick other boxes for risk factors associated with type 2, such as being overweight, having high blood pressure, and high cholesterol.

An estimated 10% of type 2 diagnoses are actually type 1.5. That figure is believed to be as high as 25% in people diagnosed with type 2 diabetes between 25 and 35 years old.

Perhaps the most famous misdiagnosis was that of British Prime Minister, Theresa May. Mrs. May – Home Secretary at the time – was diagnosed with type 2 diabetes in 2013, aged 56. Her diagnosis was changed two months later after she did not respond to treatment.

The Danger of a Misdiagnosis

Taking all of the above into account, the name type 1.5 diabetes seems entirely apt, as the condition shares characteristic of both type 1 and 2. It is pathologically closer to type 1, but clinical features resemble type 2.

This is a dangerous combination. A 2013 study found mortality in type 1.5 was as high as in type 2, despite those living with it having a favorable risk profile.

The researchers attributed the results to poor glycemic control (blood sugar levels) in people living with type 1.5. In particular, this increases the risk of cardiovascular diseases.

While a consensus on the ideal treatment model for type 1.5 is yet to be reached, it will differ significantly to typical treatment for type 2. Healthy lifestyle changes and medication such as metformin may have a seemingly positive effect in the short-term. As the disease progresses, and insulin levels are depleted, however, it soon becomes ineffective.

Lack of effective treatment will likely result in worsening symptoms and could even lead to potentially life-threatening ketoacidosis, which is caused by excessively high blood sugar and ketones. The symptoms may eventually lead to a correct diagnosis, but in the meantime significant damage can be caused.

Correct treatment from the beginning helps those living with type 1.5 manage blood sugar levels effectively and mitigate the risk of complications.

How Can Type 1.5 Diabetes Be Told Apart from Type 2?

Here is a case presentation of a typical misdiagnosis: a 36-year-old man who had been diagnosed with type 2 diabetes two years earlier. Oral medication – metformin – had failed to control his blood sugar levels, he was losing weight, and both his blood pressure and LDL cholesterol levels were increasing.

Tests revealed low levels of C-peptide, an amino acid that is released by the same beta cells that produce insulin and are destroyed by the autoimmune mechanisms of type 1 and 1.5 diabetes. People living with type 2 diabetes, particularly in the early stages, often have high C-peptide levels, reflecting the increase in insulin that is produced to counteract resistance.

Tests also revealed the presence of antibodies – proteins the immune system uses to attack foreign objects – that mistakenly target normal cells. These are called autoantibodies and are commonly the cause of autoimmune diseases such as type 1 and 1.5 diabetes. In this case, the autoantibodies attack glutamic acid decarboxylase (GAD), an enzyme the pancreas requires to function as it should.

The man was taken off of oral medication and began insulin treatment and was educated about nutrition – specifically carbohydrate intake.

Within four months, he had far better glycemic control, regained the weight he had lost, and improved both blood pressure and LDL cholesterol levels. His diagnosis was changed to type 1.5 diabetes.

A correct diagnosis in the first place would have improved the patient’s quality of life for the two years he was taking oral medication. It would also have mitigated the risk of high blood pressure and LDL cholesterol, both of which may have accelerated the development of atherosclerosis – the build-up of plaque in the arteries that increases one’s risk of cardiovascular diseases such as heart attacks.

C-peptide and GAD tests are effective tools in differentiating between autoimmune forms diabetes and type 2. This is particularly true when a person diagnosed with type 2 diabetes is younger than the typical age of diagnosis and does not tick boxes for other key risk factors, such as being overweight or physically inactive.

Awareness of type 1.5 is low, especially considering it is believed to be as common as type 1.

The good news is that research into and understanding of type 1.5 diabetes has increased significantly in recent years, which can only help when it comes to awareness.

This should help reduce misdiagnoses and help everyone receive the optimal treatment for their condition.

This article is for information purposes only. If you have been diagnosed with type 2 diabetes but believe it could be type 1.5, speak to your doctor about your concerns.

Whether you live Type 1, Type 2, or Type 1.5 Diabetes, MyTherapy can help. Set reminders to check your blood sugar levels regularly, track other information such as weight or blood pressure, or receive notifications for other medication you may be taking. MyTherapy can be customized to suit your needs