Manage your HIV treatment with MyTherapy

HIV (human immunodeficiency virus) is a virus that damages the CD4 cells in your immune system and weakens its ability to fight off infection. If left untreated, HIV can develop into AIDS (acquired immune deficiency syndrome) within a decade, at which point the immune system is too weak to fight off other diseases, infections, and conditions. HIV is an infectious disease that can be transmitted through certain bodily fluids; however, AIDS is not. With an early diagnosis of HIV, it is possible to avoid getting any AIDS-related illnesses.

Unfortunately, there is currently no cure for HIV, but various effective drug treatments can help those living with the virus to maintain a good quality of life, and even live for as long as they might have done had they not become infected. However, if left untreated, HIV can develop into AIDS; life expectancy with late-stage AIDS is 3 years.

Perhaps one of the most famous people to have had AIDS was Rudolf Nureyev, a Russian ballet dancer, widely considered one of the greatest dancers of all time, who died in 1993. He tested positive for HIV in 1984, however, for a long time, he denied that anything was wrong with his health, leading to a worsening of the disease and its progression into advanced AIDS.

It’s estimated that 1.2 million Americans are currently living with HIV, of whom 1 in 7 do not know they have it. With many people unaware that they are HIV positive, the importance of increasing awareness of the virus, how it can be transmitted, and what the symptoms are, is paramount. Prompted by World AIDS Day, which took place recently on 1st December, we discuss all the key information you need to know about HIV and AIDS.

Where did HIV come from?

Most scientists believe that the Simian Immunodeficiency Virus (SIV) was transferred from chimps to humans when people consumed chimpanzee meat containing the virus. It is thought to have then mutated into HIV around the 1920s.

The disease spread through Africa for several decades, before spreading around the rest of the world. Scientists first discovered HIV in a human blood sample in 1959. However, it didn’t start to hit public consciousness until the early 1980s.

Most people who have been infected with HIV experience a flu-like illness 2-6 weeks after infection that can last for a few weeks. These flu-like symptoms can include but are not limited to:

However, many people would not necessarily identify these as symptoms of HIV and instead, assume that they were simply suffering from a cold or the flu.

Many people with HIV experience changes to their skin such as a rash, which is often one of the first symptoms of an HIV infection. These rashes are characterized by multiple small red lesions that are flat and raised.

Generally, there are no marked differences in symptoms between men and women.

After these initial symptoms have faded, it is common to not experience any other symptoms for many years, therefore many people do not know they are infected. However, it is possible for them to unknowingly pass it onto others during this time.

This is why it’s so important to get tested if you think that you might have been exposed to the virus, since symptoms are not a reliable way of telling whether or not you have the infection.

The only way to know for sure whether or not you have HIV is to get a test. You must go to a doctor immediately if you think you might have been infected by HIV; the earlier it is recognized and diagnosed, the more effectively it can be treated.

HIV tests can be performed at a healthcare provider’s office or a clinic and involve testing a sample of blood or saliva.

Some antibody tests can be done at home:

-Home Access HIV-1 Test System: This involves pricking your finger to obtain a blood sample which is then sent to a laboratory. Results can be expected the next business day.

Anti-HIV medicine called post-exposure prophylaxis can stop you from becoming infected if you begin taking it within 72 hours of exposure. If possible, it should be started within 24 hours.

The time between exposure to HIV and when it becomes detectable in the blood is called the window period. Generally, the immune system will develop detectable antibodies against HIV within 23 to 90 days after transmission. If someone takes a test during the window period, then it’s likely they’ll receive a negative result, but they can still pass the virus onto others during this time. This is why an HIV test may need to be repeated several months after exposure to HIV to determine whether or not the initial negative result was accurate.

With HIV testing, timing is everything.

The best way to prevent HIV is to understand how it is caused and to make sure that you get tested immediately if you suspect you may have been exposed to the virus.

HIV is found in these bodily fluids:

HIV is not found in these fluids:

HIV is transferred by:

HIV is not transferred by

Hypothetically, you could transmit AIDS through oral sex, but this is extremely rare and would only occur if there were bleeding gums or open sores in the person’s mouth. 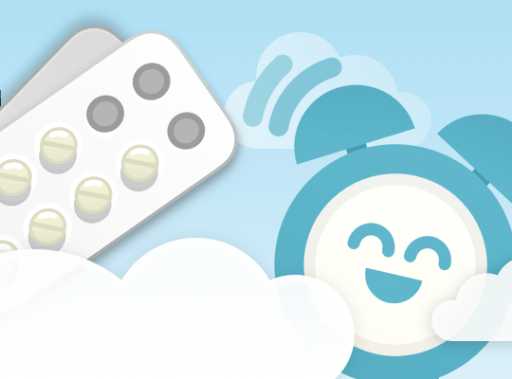 If HIV is left untreated, the immune system will become severely damaged and diseases such as cancer can occur.

Antiretroviral medicines are used to treat HIV in the form of tablets that need to be taken every day. They stop the virus from replicating in the body. It’s vital to take your medication every day as directed by a doctor. You can download the MyTherapy app to help you remember to take your medication every day and report any side effects you may be experiencing. Effective and consistent use of antiretroviral medicines can reduce the effect of the virus on the body to the point where there is an undetectable viral load; the level of HIV in your body is low enough to not be detected by a test.

If you have been taking HIV treatment and your viral load has been undetectable for 6 months or more, it means you cannot pass the virus on through sex.

Side effects of antiretroviral therapy vary and may include nausea, headaches, and dizziness. However, these side effects should wear off over time.

Serious side effects can include swelling of the mouth and tongue, and in severe cases, liver or kidney damage. If you notice any of these side effects occurring, you must speak to your doctor, who can recommend an adjustment to your medication.

Costs for antiretroviral therapy vary according to location and the type of insurance coverage that you have. Some pharmaceutical companies have assistance programs to help lower the cost.

Living with HIV: Tips for Coping

The experience of living with HIV is different for everybody. However, with effective treatment, most people will be able to live a long and happy life.

If you have HIV, you can increase your quality of life by making lifestyle improvements and prioritizing your health:

Try joining an HIV support group where you can receive emotional support for your condition and build friendships with those in a similar position. You could also benefit from reading 10 of the best HIV and AIDS blogs to find inspiration and advice.

It is important to remember that an HIV diagnosis is not the end of the road, and with effective treatment and a good support network, you have every chance of living a long and fulfilling life. 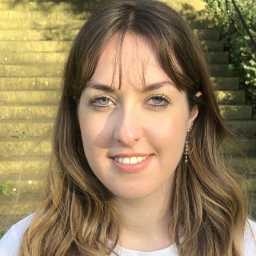 Anna is a student from the UK studying German and Italian who is living in Munich on her year abroad. When she's not writing for MyTherapy she enjoys reading, travelling, playing music, and learning languages.

Manage your Treatment with MyTherapy