Alzheimer’s disease is not usually hereditary. However, it is believed that genetic factors do play a role in your risk of developing the condition. With nearly six million people in America living with Alzheimer’s and an estimated 44 million living with dementia worldwide, it is natural for sons and daughters to consider their own risk. In this article we examine four key questions:

2. Can I Have a Genetic Test for Alzheimer’s?

3. How Early Can Alzheimer’s be Diagnosed?

Before diving into the questions, it is worth noting that Alzheimer’s disease is categorized at early-onset or late-onset.

Early-onset Alzheimer’s develops before the age of 60 or 65 (depending whose definition you choose to accept) and accounts for roughly 5% of all cases.

Age is significant as there is evidence to suggest that the characteristics of the disease change depending on the point in life it develops.

Those living with early-onset Alzheimer’s follow a less predictable disease course. As such, studies are often conflicting when attempting to define the typical symptoms.

On the whole, it has been found that those who develop Alzheimer’s earlier in life tend to suffer more distinct degeneration of motor skills, executive functions – such as tasks that require high levels of concentration – and spatial perception.

Conversely, memory loss is more prevalent in late-onset Alzheimer’s, which is why it is by far the best-known symptom of the disease.

If your parent is diagnosed with Alzheimer’s, a perfectly natural question to ask is: am I also at risk?

Several online sources state that if you have a parent or sibling with Alzheimer’s you are at an increased risk of developing it yourself, but do not elaborate. The reason many opt for this rather vague statement is that the question ‘is Alzheimer’s hereditary?’ is a complicated one to answer.

Alzheimer’s is classed as ‘sporadic’ when it is not inherited. However, genetics still play a role, alongside environmental and lifestyle factors.

Despite years of research uncovering a wealth of information about Alzheimer’s, much of what causes it remains a mystery, especially when it is sporadic.

It is widely believed that a combination of genetic, environment, and lifestyle factors play a role in the development of the disease.

It is hypothesized that the earlier the age of onset, the more prevalent a role genetics play. The genetic factors may also explain why the disease is often more aggressive and progresses faster in early-onset diagnoses.

When it occurs later in life, the more likely it becomes that environmental and/or lifestyle factors have gradually caused the condition. That is why age remains by far the greatest risk factor, given that around 95% of cases are late-onset.

As of today, one gene in particular has been highlighted as a risk factor for sporadic Alzheimer’s disease, which is an allele (or variant) of a protein called apolipoprotein E (ApoE).

Everybody carries two forms of ApoE, of which there are three variants (E2, E3, and E4). It’s possible to carry two of the same form, or two different variations. 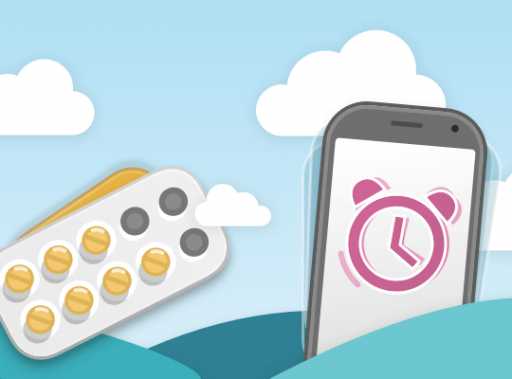 Let an app offer you a helping hand

The E4 allele (ApoE4) has been identified as increasing one’s risk of Alzheimer’s. Conversely, there is evidence to suggest the E2 allele may reduce one’s risk. E3, the most common, does not appear to increase or reduce risk.

Globally, 14% of the population are estimated to carry the ApoE4 gene.

In people living with Alzheimer’s, the number rises to between 48% and 61%, which clearly indicates there is a link.

It is estimated that an individual carrying one copy of the ApoE4 gene inherited from one parent is three to four times likelier to develop Alzheimer’s than the general population. Someone carrying two copies, having inherited it from both parents, is eight to 12 times likelier.

Nonetheless, carrying the EpoE4 gene does not mean an individual will inevitably develop Alzheimer’s, just as not carrying it does not mean one definitely won’t.

With that in mind, we can say that sporadic Alzheimer’s disease is not hereditary. However, certain genetic traits that increase one’s likelihood of developing Alzheimer’s can be passed down from parents to offspring (of course, the parent(s) may never have developed the disease themselves, even with the genetic predisposition).

Alzheimer’s is classed as ‘familial’ when it is inherited, and there is a strong link in several generations.

The exception to all the above is familial Alzheimer’s, which is more likely to occur at a younger age (usually 30s and 40s upwards) but can be early-onset or late-onset. Familial Alzheimer’s is hereditary, hence the name.

Researchers have identified three genes, the mutation of which causes familial Alzheimer’s, called presenilin-1 (PS1), presenilin-2 (PS2), and amyloid precursor protein (APP). The former accounts for the most cases.

In some cases of familial Alzheimer’s, mutations have not been found in any of the three genes. That suggests that at least one other gene is responsible but remains unidentified at present.

The complexity of the disease means exact figures regarding familial Alzheimer’s do not exist. Unlike some diseases where different forms are clearly identifiable, the lines between early-onset, late-onset, sporadic, and familial are often blurred.

Issues such as incomplete family medical history can also make it difficult to identify familial Alzheimer’s.

However, what is sure is that familial Alzheimer’s is the rarest form of the disease. A figure of 2% to 3% of all Alzheimer’s cases is a reasonable estimate.

Because familial Alzheimer’s usually develops before the age of 60, this figure would suggest it accounts for a reasonably large proportion of early-onset cases.

Clearly, the question ‘is Alzheimer’s hereditary?’ is, presently, a difficult one to answer.

In the case of familiar Alzheimer’s, the answer is yes. This is more likely to be the case when it has developed at an early age.

When it comes to sporadic cases of Alzheimer’s, the level to which it is genetic – and the subsequent risk to offspring – appears to be a spectrum that is linked to age of onset.

And while ApoE4 has been identified as a risk factor, other genes surely play a significant – but as of yet, mysterious – role.

2. Can I Have a Genetic Test for Alzheimer’s?

With all of the above considered, you may wonder whether tests can estimate your genetic predisposition to Alzheimer’s.

Individuals who are part of a family with a strong history of Alzheimer’s may wish to have a genetic test in order to learn whether they carry one of the mutated genes mentioned previously (PS1, PS2, or APP).

Such tests are not to be taken lightly. There is currently no way to prevent or delay Alzheimer’s, so the emotional impact of learning you will develop it can be huge.

Anyone interested in having such a test performed is encouraged to speak to a genetic counsellor beforehand, who will be able to discuss such issues.

For most people, however, genetic testing is not worthwhile. Even if you learn you carry the ApoE4 gene, which increases your likelihood of developing Alzheimer’s, the information has no practical benefit.

The main exception to this is if you are participating in medical research.

Should future research uncover ways in which therapy relating to these (or other) genes could alter or slow disease progression, genetic testing could become more prevalent.

For now, though, genetic testing offers little to no practical benefit for the majority of the population

3. How Early Can Alzheimer’s be Diagnosed?

There is no single test that can detect Alzheimer’s.

Dementia – the umbrella term for diseases that cause memory loss and impairment of other mental functions under which Alzheimer’s falls – is usually quite simple to diagnose, based on several criteria.

You may also hear dementia referred to as ‘major neurocognitive disorder’ (as per American Psychiatric Association (ASA) guidelines) or ‘neurodevelopment disorders’ (as per World Health Organization (WHO) guidelines).

There are six cognitive domains considered under the ASA’s dementia diagnosis guidelines. They are:

A doctor will likely use information provided by an individual to determine the extent to which these abilities have deteriorated over time, and the manner and speed in which they have done so.

A large part of the diagnosis process is ruling out other causes of the symptoms. Magnetic resonance imaging (MRI) or computed tomography (CT), for example, help rule out tumors, evidence of a stroke, head trauma, and other conditions. Blood tests may rule out other possible causes such as thyroid disorders.

All of the information is taken into account in order to make a diagnosis.

The problem with this method of diagnosis is it cannot be definitive, as different forms of dementia often overlap.

Only after death can Alzheimer’s be confirmed with an autopsy, and studies have found that up to one in five diagnoses may be incorrect.

Another, perhaps even more significant problem, is that a diagnosis is only made once the disease has damaged the brain to such an extent that symptoms have started occurring.

A biomarker is a molecule “found in blood, other body fluids, or tissues that is a sign of a normal or abnormal process, or of a condition or disease.”

In recent years, efforts have been made to develop tools to test for Alzheimer’s biomarkers, which are invariably present to some degree before symptoms begin.

In the case of Alzheimer’s, unusual build-up in the brain of beta-amyloid proteins is a key biomarker (usually referred to as amyloid plaques).

In 2012, the Food and Drug Administration (FDA) approved the first chemical compound that can be used to detect these plaques.

By injecting the chemical into the blood stream, the plaques become visible on a positron emission tomography (PET) scan.

Similarly, fluid found in the brain and spinal cord (cerebrospinal fluid or CSF) can be examined with a lumbar puncture or spinal tap procedure. Examinations can detect levels of beta-amyloid and another protein strongly linked to Alzheimer’s called tau.

Although they are becoming more common, neither of these tests are routinely used in a clinical environment yet. And they certainly aren’t used to screen the general population for early signs of Alzheimer’s.

Investigating biomarkers and the specific mechanisms of Alzheimer’s is becoming the focal point of research.

There are promising developments that may eventually lead to non-invasive and inexpensive procedures, such as simple urine or blood tests, that could help spot signs of Alzheimer’s in its early stages.

Such tests, if proven to be effective, could become part of simple, routine health checks, especially for people concerned about their own risk because of a parent living with Alzheimer’s. Any signs of the disease may prompt further action, such as a PET scan.

Not only does research focussing on biomarkers make early detection more realistic, it gives researchers a better understanding of the fundamental mechanisms of Alzheimer’s, making the possibility of developing effective treatment more likely.

Early detection and treatment is widely believed to be the vital component in defying predictions that prevalence of Alzheimer’s will skyrocket in coming years and decades.

If you have a parent living with Alzheimer’s and you are concerned about your own risk, the first thing you should do is talk about it with your doctor, especially if you have reason to believe it may be familial.

Despite the promising research being performed, however, the fact remains that no therapy currently exists that will slow or prevent Alzheimer’s.

For now, the most practical step you can likely take is leading a healthy lifestyle. The usual suspects of diet and exercise are believed to contribute to your risk of developing Alzheimer’s, along with getting enough sleep.

Being socially active, keeping your cognitive abilities sharp, and alcohol consumption may also play a role.

An app for living with Alzheimer’s

If you parent is living with Alzheimer’s disease, MyTherapy’s symptom journal, medication reminders, and printable health report can help you offer care and support.