It might be hard to believe that a woman’s extraordinary sense of smell could be the foundation for a test to diagnose Parkinson’s disease, or that a drug addict taking a synthetic heroin was the basis for much of what we now know about the condition. But reality is often stranger than fiction, an adage that holds true when it comes to Parkinson’s and the research being performed. In this article, we look at four little-known facts about Parkinson’s, the significance they have had, and how they continue to shape the way scientists research the disease.

1. Parkinson’s Disease Has a Smell

The red tulip is a symbol of Parkinson’s disease, but it is not just the spring-time flower that has a scent. A rather remarkable story made the headlines 2017, when a British lady named Joy Milne was dubbed The Woman Who Can Smell Parkinson’s. Joy’s late husband, Les, was diagnosed with Parkinson’s at the age of 45, over a decade after Joy had noticed a distinct change in his smell. While she couldn’t possibly have made the link at the time, she did so years later when she noticed a similar “musky smell” in others living with Parkinson’s at a support group.

To test her ability in a controlled environment, Joy smelled samples of 12 t-shirts prepared by Edinburgh University’s Dr. Tilo Kunath – six of which had been worn by people with Parkinson’s, six worn by people without it. She appeared to get 11 out of 12 correct. Her only “mistake” was identifying one of the t-shirts of an individual not living with Parkinson’s as having been worn by someone who did have the disease. 8 months later, that individual had been diagnosed. Joy had identified the condition before doctors had diagnosed it, using nothing more than her nose.

Joy’s incredible ability makes for more than just an interesting story. It has led scientists to believe there may be a molecular signature behind the change in body odour, and identifying it could result in a cheap, quick, and easy test for Parkinson’s. Currently, no test at all exists, and a diagnosis is made based on symptoms.

Considering Joy noticed the change in her husband’s smell many years before the typical symptoms developed, it stands to reason that it is one of the earliest effects Parkinson’s has on an individual. As such, the test could lead to much earlier detection of the disease. While there is not yet a cure for Parkinson’s, the symptoms can often be alleviated with medication. The earlier the detection, the more effective such medication is and the greater the possibility of slowing down progression before symptoms impact one’s quality of life.

While there is some way to go before such a test becomes a reality, the research performed has already identified 10 molecules that are distinctive to those living with Parkinson’s. Should these encouraging results continue, one lady’s keen sense of smell could ultimately improve the life of millions of people around the world, for decades to come.

2. Farmers are at Heightened Risk of Parkinson’s Disease

What causes Parkinson’s disease? It is a question that, despite vast research, scientists are still yet to definitively answer. Certain genes have been identified, as this fantastic article from the National Human Genome Research Institute explains, but environmental factors also appear to significantly contribute to one’s likelihood of developing the condition. As one well-known idiom goes: “genes load the gun, but environment pulls the trigger.”

This is well demonstrated by a phenomenon that is, on the face of it, rather odd: farmers – and, indeed, those living within the vicinity of farms – are at a heightened risk of developing Parkinson’s. How can this be explained? Pesticides.

Pesticides have long been linked to Parkinson’s, and there is an ever-growing supply of evidence substantiating the connection. Research performed by UCLA has identified three pesticides that appear to increase one’s risk of developing Parkinson’s, called ziram, maneb, and paraquat. The evidence also suggests that because each pesticide acts differently, each addition one an individual is exposed to further increases their risk of Parkinson’s. When exposed to all three pesticides, one’s risk of developing the disease increases three-fold.

One of the concerns regarding the link between pesticides and Parkinson’s is the use of private wells. Private wells are not regulated by Environmental Protection Agency and 15 million homes in the USA rely on them for drinking water. The vast majority of these are in rural areas and farmlands and are at possible risk of contamination.

Last year, a report by UN food and pollution experts denounced the idea that pesticides are vital in feeding the world’s growing population as a “myth,” while another published in a journal called Nature Plants found that almost all farms could reduce pesticide use without taking a financial hit.

It is a hotly-debated topic, and industrial use of pesticides will not drastically change overnight. The research being done, however, will help shape the discussion and future legislation around the globe. Ultimately, the aim is to secure farmers’ livelihood and ensure food production is adequate, while protecting those living in rural areas from the risk of developing Parkinson’s.

Much of the modern research into Parkinson’s disease stems from the clinical observation of one patient in 1982, called George Carillo, who developed the symptoms of Parkinson’s overnight. Baffled residents at the Santa Clara Valley Medical Center in California called for the chief neurologist, Dr. J. William Langston. The patient, as described by Dr. Langston himself last year, “looked like a textbook case of PD before the days of levodopa.” 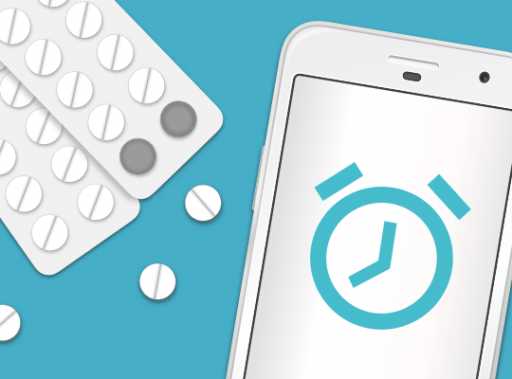 It transpired that Mr. Carillo had taken a street drug designed as a synthetic heroin, a batch of which had been contaminated with a chemical called MPTP. Mr. Carillo and his girlfriend had taken the drug for several days, leading to the sudden onset of symptoms remarkably similar to Parkinson’s. “He was clearly awake, but had virtually no spontaneous movement, and exhibited ‘waxy flexibility’ (when his arm was involuntarily raised, it would stay in the position for a prolonged period of time),” recalls Dr. Langston. He was able to treat Mr. Carillo and his girlfriend – along with others who were found to have taken the same drug – with levodopa. They responded in much the same way Parkinson’s patients do, and even developed the side-effects such as dyskinesia in a similar manner.

The series of events that followed shaped Dr. Langston’s career, made headlines around the world, and triggered a huge amount of research into the similar mechanisms of both MPTP and Parkinson’s. There have since been between 5 and 7 thousand publications on MPTP. It was discovered that MPTP gets converted into a toxic molecule called MPP+ in the brain, and it was this chemical that caused the symptoms of Parkinson’s. The transformation was caused by an enzyme called ACE-B, and so ACE inhibitor drugs were able to prevent the symptoms. This is just one example of the hundreds of discoveries that have been made, and which have helped shape the way in which those with Parkinson’s are treated.

The whole story can be read in the above link and a book Dr. Langston wrote with journalist, Jon Palfreman, called The Case of the Frozen Addicts.

Essentially, the discovery of v causing symptoms so remarkably similar to Parkinson’s opened an entire field of research. Previously, laboratory research had been fraught with difficulties, as it is a disease that affects only humans, and no lab model was available. By observing the mechanisms of MPTPf in lab conditions, however, scientists are able to investigate how new drugs can help those living with Parkinson’s. It is a field of research that has been ongoing ever since and continues to do to today, offering hope to those living with Parkinson’s, as well as other degenerative brain disorders such as Alzheimer’s syndrome.

4. Parkinson’s Can Occur at a Young Age

Parkinson’s is often considered a disease of the elderly. On the whole, this is true; most people who are diagnosed are 60 years of age and above, and the risk increases exponentially with age. However, early-onset Parkinson’s disease (EOPD) occurs between the age of 21-45, and accounts for between 5-10% of all Parkinson’s cases. Actor Michael J. Fox is probably the most famous example of EOPD, having been diagnosed at the age of 30. Since its formation in 2000, the Michael J. Fox Foundation has funded over $750 million worth of Parkinson’s research.

In extremely rare cases, Parkinson’s can occur in those below the age of 21, which is classed as juvenile Parkinson’s. This was first described by a French neurologist, Dr. Henri Huchard, who noted the typical symptoms of Parkinson’s in a 3-year-old child. In 2016, a 2-year-old toddler in New Brunswick, Canada, was diagnosed with Parkinson’s, perhaps the youngest example ever seen.

It is widely suspected that genetics plays a more prevalent role in cases of Parkinson’s occurring at a young age. To return to the earlier adage about environment pulling the trigger of a gun loaded by genes, it seems that in young people living with Parkinson’s, the trigger required only the faintest pressure to fire.

As well as differing in the way in which they develop, there are also several clinical and pathological differences between the forms of Parkinson’s that occurs at a young age, and the more common form that develops later in life. As a result, those living with juvenile or early-onset Parkinson’s tend to experience a slower progression of the condition, and the symptoms are often different.

For example, walking difficulties and falling is less common, while dystonia is more common. Those who develop Parkinson’s early in life are also more likely to develop motor fluctuations and dyskinesia, which are often long-term side-effects of levodopa therapy – one of the common drugs used to treat Parkinson’s.

Research into early-onset Parkinson’s helps improve understanding of the role genetics play and can help identify individual genes that are linked to the condition. Certain genes, such as Park1, Park2, and Pink1, have already been identified and, while mysteries still exist, the genetic make-up of those living with early-onset Parkinson’s may hold they key to many answers regarding the condition as a whole.

A woman with a remarkable sense of smell, farmers, drug addicts, and Michael J. Fox. All, in their own unique and surprising way, have helped shape decades of research into Parkinson’s disease, and still to do so as the search for a cure continues.

The app for managing Parkinson’s disease

If you are living with Parkinson’s, taking your medication as prescribed is crucial for keeping symptoms under control. MyTherapy’s medication reminders make sticking to your treatment plan easy, while activity reminders help you get that all-important exercise.