Imagine walking onto the pitch of one of Europe’s largest stadiums, ready to represent your region in one of your country’s most iconic sporting events. In the four stands around you are over 80,000 eager spectators, each of whom will soon be joyous or dejected depending on the outcome of the game in which you are about to participate. For young people all over the world, variations of this scenario are the stuff dreams are made of. John Redfern was one such young person, and one for whom the dream could have become a reality, but for one daunting obstacle: psoriasis. Today, John shares his experiences as a teenager with psoriasis with us, and hopes in doing so he can help educate, inform, and empower both young people with psoriasis and their families.

Psoriasis Sucks, Especially as a Teenager

My name is John Redfern and have been suffering from psoriasis since 1993. My life changed from a 14-year-old who was obsessed with playing sport, to a teenager obsessed with hiding my psoriasis for fear of ridicule. A lot has changed since then, as now I tell everyone I have psoriasis and even write about it weekly on my website, Smart Psoriasis Diet.

However, the journey in between was long and arduous, and the shift in my mindset only really happened when I turned 29 and decided I couldn’t live my life controlled by this skin condition. I want to discuss the topic of dealing with psoriasis as a teenager and how it can have a profound effect on your life. I am hoping that this article will resonate with other teenagers with psoriasis or parents of teenagers with psoriasis, who will gain some useful tidbits of information which they can use in their life and try not to make the same mistakes I made.

First a bit of backstory about myself. I am from a rural area in the South of Ireland. All around were green fields, dairy farms, and beautiful woods. It could not have been any more relaxing or pollution free! At the age of 10, I started to play Gaelic football (one of Ireland’s national sports) on our local team. I was devastated when I spent the whole first season on the bench, and from that day on, I threw all my energy into improving my Gaelic football skills. You may be thinking, John, why are you bringing all this up!? But I will get back to it later on in the article.

What Triggered My Psoriasis?

This is the magic question.

There are so many things that happened when I was 14 that I couldn’t pinpoint it. However, these are the things that could have been the catalyst that flipped on my psoriasis gene.

I experienced the very first bereavement in my life when my uncle died suddenly of a heart attack. He was married to my father’s sister, and they lived about 250 meters from us, so he was a very big part of our daily life.

He had a huge library of books, followed all my sporting activity closely, and was a sports journalist in his spare time, so he was one of my heroes growing up. It was also the first time in my life I saw a dead body. Even when I write this, it stirs emotions within me. This, I believe, was the traumatic experience that kick-started my psoriasis. Even to this day, family funerals are incredibly hard to deal with, especially when people are taking from us at such a young age and I am sure many people can relate to this traumatic emotional experience.

There are other experiences which occurred when I was 14 which could also have been the tipping point:

Then it all started. First with one spot just below my belly button. One spot turned into two, into four, into eight. It just would not stop multiplying.

First, my local GP diagnosed it as ringworm. I was happy as I know ringworm could be treated. But then the antifungal creams didn’t stop the spread. I was then sent to a dermatologist who diagnosed me with psoriasis and uttered the sentence that lives with me to this day, “you will have this for the rest of your life”. At this stage, my body was 80% covered in guttate psoriasis, and the thought of being like this for the rest of my life was devastating.

Take a look at a couple of the other personal posts on the MyTherapy blog:

The Best (and Worst) Thing About Growing Up in Ireland

There is a stereotype saying about Irish people: valuing good times ahead of family. While this is a bit harsh, it does speak to the Irish Psyche. Irish people do not like people who brag, but similarly, they do not like people who complain. That is why Irish people are renowned for being friendly and always up for the craic, i.e., good times. If ever you stray into bragging or complaining territory, your friends and family will knock you back in line very quickly with witty comments or mocking tones.

So, I just kept all the negative emotions inside of me as my outlook on life totally changed. My full concentration as a teenager was to hide my psoriasis so that no one noticed it and therefore I would never have to talk about it bar to my immediate family.

My parents tried their best and took me to all the specialists but remember this was in the ’90s in Ireland. The country was just coming out of our shell as a backward nation finally embracing technology and capitalism at its finest.

All the doctors did was give me steroid creams, coal tar ointments, stronger steroid creams, and so on. They did mention oral medication, but my mother refused to see her son on tablets for the rest of his life. Later on in life, I did try methotrexate but was only able to stick it for nine months before my body revolted and made me feel worse than ever… It seems like my mother was right all along.

Back to My Sporting Ways

Remember I said that at the age of 10 I was severely disappointed to not make our local Under-12 team. Well, by the age of 11 I was making the team, and by the age of 14, I was starting to break into our local senior team (playing with full grown adults). That growth spurt and all the practice had paid off big time, and now I was getting called up to play for divisional teams. At the age of 15, I was named club player of the year and a mainstay on our local club senior teams. At the age of 16, I was playing for my county U-16 team (which is the highest you can go in our sport at that age). At the age of 17, I was the captain of my school’s senior team and playing in provincial championships, and at 18 I was trialling out for the Under-18 county team.

But while all the above sounds great, imagine the number of training sessions and games I played in where I was so embarrassed I refused to shower after games because of psoriasis all over my back, torso, arms, legs, etc. I always looked to wear the long sleeve jerseys to cover up psoriasis on my arms. I even remember one day at training when psoriasis on my legs was so bad, I would rub wet dirt from the pitch onto my leg to hide the lesions. Crazy now when I think of it.

At the age of 18, while playing with the Under-18 county team, we started to travel up and down the country playing other county teams, resulting in many 4-hour plus bus journeys.

At this age, I was facing a dilemma. I still refused to tell anyone about my psoriasis. But I also knew I couldn’t go on 4-hour bus journeys after a game while refusing to take showers. So, what did I do? You guessed it: I quit the team and gave up on my dream of playing for the county senior team. Just like that, all because I couldn’t handle the stigma of psoriasis.

I justified the reason to my parents as that same year was the final year of high school, and we had our state exams to qualify for university.

Were There Times When I Was Happy in my Teenage Years?

Of course, there were. I would rejoice when spring would beckon and roll into summer. Every summer my skin would improve immensely. Any sunny day, I would lie out in the sun and soak up the UVB rays. This would always have a positive effect. I vividly remember the summer of 1995 where we had an unusual amount of sunny weather by Ireland’s standard, and I fully eliminated my psoriasis and even went for a few dips in the Atlantic Ocean.

This was my best summer ever as a teenager. But on the other side of the coin, once winter crept in, I always knew a big flare up was coming. I always dreaded Christmas for this reason. Also, at Christmas you are forced to go out and meet people when your facial psoriasis is at its very worst. You can sense that people are staring at your red spots wondering if you have something contagious, and you can never fully relax in those situations.

From Teenager to Adult: Lessons Learned About Psoriasis

When I look back on my teenage years I see patterns emerging that kept repeating themselves through the rest of my adult life:

It is funny that when I started performing experiments on myself in 2009, the critical common factors to improving or worsening my psoriasis were stress, diet, and sun – and I call this the “Beating Psoriasis Trifecta” which you can read about in my free Smart Psoriasis Diet Plan eBook.

I hope the above offers some useful tips and advice for teenagers living with psoriasis or parents of teenagers with psoriasis. The teenage years are both the most exciting and the toughest years of your life, as you try to figure out who you are and your main purpose in life. Having psoriasis throws another piece into the puzzle, but if you adhere to the above advice, you may not cure your psoriasis, but you will improve it so that you are in control of it and it is not in control of you.

We would like to thank John for sharing his story with us.

Take a look at some of the other guest posts on the MyTherapy blog: 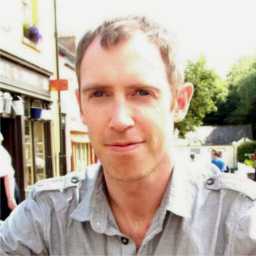 John, writes about controlling his psoriasis by focusing on three key areas and six simple steps on his website, Smart Psoriasis Diet. popup: yes where you can read his exact strategy in his free 34-page ebook, entitled the “Smart Psoriasis Diet Plan.”

The app for people living with psoriasis

Psoriasis can be a challenge to manage both physically and mentally. MyTherapy’s well-being tracker is just one of the features that can help people living with psoriasis, on top of medication and activity reminders.