In part one of ‘Traveling with MS,’ Richard Boughton recounts his multiple sclerosis diagnosis in 2007, and the challenges he and his wife faced in the years that followed. He picks up the story in 2010, having arrived in his new home, Bali – one of the thousands of islands that comprise his wife's home nation, Indonesia.

The island of Bali is just off the east coast of the large island of Java. Bali is a small, lush island, renowned for tourism. The southern coast of the island is famed for its long, white beaches, from Sanur to Kuta and Nusa Dua, the latter spot being a popular destination for presidents and kings. Barack Obama has been here two times during my stay. The King of Saudi Arabia just recently departed. Inland, one finds the old ancestral city of Ubud, home of artists and wannabe writers, and to the east there is an active volcano, Mt. Agung, which has in these latter days erupted once again. The north coast is less developed, though quaint towns such as Singaraja and Lovina are popular with many for their relative isolation and for the frequent sight of leaping dolphins on that coast.

This was all new to me – entirely new. I had never been outside of North America, and here I was on what may as well have been another planet! We settled in the quiet town of Sanur, and every day of that first year, I went swimming in the gentle, salt-heavy sea – just floating, gazing up at the sky, marveling at the expanse of the ocean, the endless sky, the alien intensity of the tropical heat! Having lived 55 years in Oregon, I had not realized that the sun could be quite so hot. Here we were – or here I was, anyway – in a perfectly foreign world, where people gathered for ceremonies in exotic garb, and restaurants and shops had no doors, and wild dogs wandered in and out, and thunder and lightning were as sudden and as intense as the pounding sun itself, and everyone drove a motorbike, and the streets seemed utter chaos, though everyone smiled and everyone was friendly and everyone was speaking a foreign language – or rather I myself was speaking a foreign language. Here I was with a thousand things to learn, a thousand faces to know, a thousand places to see – and for a time, I can tell you, it seemed almost as if I did not have multiple sclerosis anymore. I even said so, straight out. I don’t have MS anymore. My wife made friends and found work, reengaged in life, and I myself did some part-time jobs, writing for a local magazine and teaching English to local students.

It all seemed to be working out quite well. 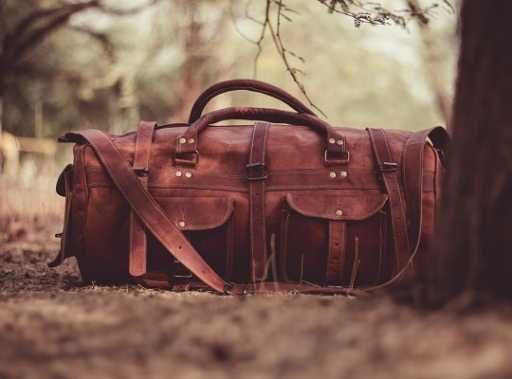 Pack the app for traveling with MS

As it turned out, however, I was not miraculously cured of MS. Of course I wasn’t. I merely enjoyed a vacation. A much needed vacation.

A couple more years down the road, however, I began again with new, strange afflictions. The afflictions of MS always seem strange, at first. I guess that’s because they seem to have no actual cause. It is nothing you have done. You have not injured yourself, or eaten something bad, or contracted a tropical illness. You have MS. Yes, you still have MS. I remember this period starting with this sense of overwhelming fatigue. I had been able again, awake, active, energetic, and now, suddenly, I could barely stay awake. This was followed by a relentless headache, day and night, and then by a loud ringing in my ears.

This was when I got my first good taste of the medical system in Indonesia. Or, rather, the lack of a medical system. I took myself to the doctor, reported my symptoms, explained that I have MS, and told her what I thought I would need in the way of medication. Naturally, the doctor did not speak English. Very few of them do. But I had learned enough Indonesian by then to carry out a meaningful communication.

“But why would I want an MRI? I’ve just told you that I have MS, and I’ve told you what medication I likely need.”

So I go to the MRI suite, to a machine that looks something like a 50’s era Chevy.

Upon returning to the doctor I had initially seen, I am told that I must see the Chief Neurologist, who will be in at 7 pm.

The chief neurologist is a kindly, heavyset, older man (which, coming from an older man such as myself, means that he’s pretty old indeed). He tapes the MRI onto a backlit screen, points here and there, says “Hmm, hmmm,” then turns to me and says, “Do you think you might have multiple sclerosis?”

Well, as I said, he’s a friendly old guy, eager to help, and eager as well, as he admits, to learn, for he has never once, in his long career, seen a person with multiple sclerosis.

Gee, isn’t that what I asked in the first place?

In any case, you get the picture. Multiple sclerosis is practically unknown in Southeast Asia. For this reason, one must be extremely proactive, for it is guaranteed that you know much more about the disease than they. Luckily, we have experience, we have all the information in the world on the internet, we have MS communities online, and we have common sense and intelligence to apply to our investigation of the symptoms that assail us. Is the symptom associated with MS to begin with? If so, what does the literature say about treatment? What has been helpful for similar problems in the past?

Although I enjoyed this old fellow at the hospital, I no longer bother with doctors nowadays. For one thing, I had insurance then, now I don’t. And it would be rather foolish to pay a million Rupiah to a doctor who will only ask you to explain for him what he should do. Nowadays, I keep a close eye on myself. I take a number of non-pharmaceutical treatments, such as turmeric and lipoic acid. I don’t actually know whether these are helpful, but I reckon they can’t hurt, and there is the added benefit, albeit perhaps psychological, that I’m doing something for my condition every day.

My latest problem, and, I think, by far the most painful problem I have had with MS, has been with neuropathic pain in my neck, right shoulder and upper right back. I thought at first that this was a case of cervical radiculopathy, for, even though I had no recollection of having injured myself, the symptoms seemed to fit. However, after a half year of pain, along with failure to respond to the common medications that would fit the initial supposition, I had to admit that yes, this was yet another weird manifestation of MS. I began, therefore, to look into neurologic meds, and have begun to have some success.

Some of these meds are prescription meds. This leaves you with two courses. You can pay a doctor to prescribe what you need, and then pay for the prescription as well, or you can befriend a local pharmacist, who will then give you the medication without a prescription because … well, because it’s all about money here. Happily, my pharmacist is much younger than I, and is likely to retain his health for many years beyond my time. Although you never know, do you? Things can happen suddenly, without rhyme or reason. Take MS, for instance.

In the course of these troubles over the past several years, my world has shrunk in some ways, just as it had seemed to so expand a mere seven years ago. I am less able, less steady, less active, and most often in some degree of pain. On the other hand, my wife is still young, still quite active, still adventurous. For this reason, I encourage her to be with friends, to travel, to dance, to trust that I take joy in her joy, that I can and will take care of myself, that I will always be here when she comes home. Naturally, she misses the times when we could do all these things together – and I do continue to make the utmost effort to take part in as much as I can. There is a line, however, where one’s limitations fall with a rather resounding thud. I admit to what is real, to what I cannot change, while in the meantime I grow, or hope to grow, in love, in compassion, in tolerance, in friendship, as a husband, as a man, as a human being.

And, strangely enough, as my world becomes smaller, it also grows in fresh and unexpected ways. It seems that entire universes can fit into small spaces, if you look at them just so. In this way, Bali has become home, a place that I both know and continually begin to know. I have advanced far beyond basic utterances, for instance, in the Indonesian language – please and thank you and how much does this cost – and have arrived at the point where I can carry on complete conversations with friends and strangers, can joke and laugh, can share opinions and feelings – and if there’s any one thing the Indonesian people love, it’s a good conversation! Paradise is found in particles, in the aggregation of many, many parts. You don’t have to fly anywhere to find it, you don’t have to climb any mountain or cross any border, and you don’t have to be perfectly healthy, completely without pain, free of all trouble. Therein lies the real fairytale, for we all must live with some pain, some trouble, some disappointment – else how would we know happiness or comfort or peace or joy?

A few years ago, I took a trip to Bangkok, Thailand – Bangkok, with its golden temples and grand spires, its raucous markets and teeming nightlife, its exotic ladyboys, and its Buddhist processions … and yet, here is the thing I remember most, like a picture etched on my mind and soul: a poor man, dressed in rags, living in a cardboard box, with a mattress, a blanket, a radio, a bowl of rice … and the biggest smile I have ever seen.

Take a look at other MS-related posts on the MyTherapy blog: 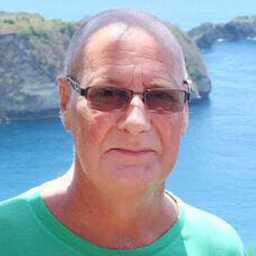 Richard was born in 1954, in Portland, Oregon, where he lived for the next 55 years. He graduated from Portland State University, with a degree in literature, and has published a number of short stories as well as a children’s novel. He worked the better part of his career at Providence Medical Center, and in retirement maintains his blog, Everyone Here is Jim Dandy popup:yes. He has lived for the past seven years in Bali, Indonesia.

The app for managing MS

With easy to use medication reminders, activity reminders, and symptom tracker, MyTherapy is the perfect companion for multiple sclerosis treatment.