Multiple sclerosis (MS) is a disease that varies massively from person-to-person. Symptoms, relapses, remissions, and disease progression are all used to categorize the disease into different forms. However, the lines between the different types of MS are often blurred. Understanding the fundamental differences can help anyone, whether you are living with MS, you know someone who does, or you simply want to inform yourself about a disease that, combined, over 2 million people live with worldwide.

What is Multiple Sclerosis?

Before getting into the different types of multiple sclerosis and the ways in which they differ, there are a few facts worth knowing that are common to all of them.

MS is an autoimmune disease. This means the immune system behaves abnormally and attacks healthy cells in your body.

Which cells get attacked is dependant upon the specific autoimmune disease one lives with. In the case of psoriasis, it is the skin, while it is the joints under fire in those living with rheumatoid arthritis.

In those living with MS, the immune system attacks myelin. Myelin is a fatty substance that forms sheaths (protective covers) around the fibers (axons) of the central nervous system (CNS), helping speed up electrical impulses and communication.

That is why MS is also classed as a demyelinating disease.

Because the CNS controls so many of our voluntary and involuntary functions, the symptoms of MS are extremely variable and unpredictable. However, some of the more common symptoms include:

Due to the nature of MS and the fact our knowledge of it is improving over time, its categorization is an ever-evolving process. The latest definitions, as published by the National Multiple Sclerosis Society (NMSS) in 2013, are:

Rather confusingly, the first form of multiple sclerosis defined by the NMSS is not actually MS, but a potential precursor to it. 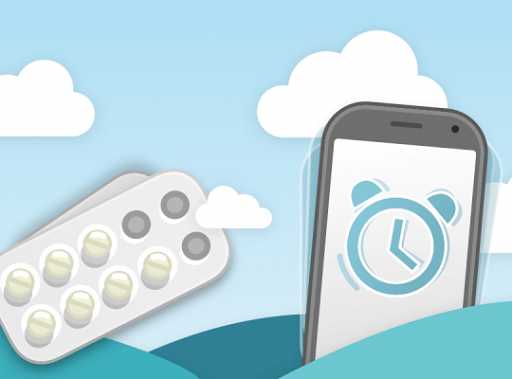 It is defined by one or more symptoms, such as the ones listed previously, occurring and lasting at least 24 hours.

CIS is when such an episode happens just once. The moment a second episode occurs – be it weeks, months, or years later – the diagnosis is changed to MS.

Like MS, CIS is caused by inflammation or demyelination in the central nervous system.

An MRI scan is usually performed to determine the likelihood of each case leading to MS, the result of which will influence what, if any, treatment is required.

According to the NMSS, if MS-like lesions are detected in the brain or spinal cord, one will be considered at high risk of developing MS. An estimated 60% to 80% will have a subsequent episode within several years, and thus be diagnosed with MS.

If no such lesions are detected, one is considered to be at low risk of developing MS, although an estimated 20% still do so.

A Swedish study tracked 246 people diagnosed with CIS between 1950 and 1964 to help determine the likelihood of remaining “CIS only.”

Interestingly, the prognosis was better for those whose first attack was optic neuritis, with almost a third remaining “CIS only.” Other sensory and optic symptoms also had a better prognosis than those who experienced other symptoms.

Based on symptoms and information from an MRI, it is, therefore, possible to gauge some level of likelihood that one will develop MS. Ultimately, however, only time will tell.

Should one have a subsequent relapse and be diagnosed with MS down the line, there are a further three forms. The one directly related to CIS is…

Relapsing-remitting MS (RRMS) accounts for roughly 4 out every 5 diagnoses of multiple sclerosis, with symptoms usually beginning in people in their 20s and 30s.

Because it is the relapsing form of MS, it is the one those living with CIS are diagnosed with should another relapse occur. As with CIS, symptoms must last at least 24 hours to be considered a relapse and other explanations, such as heat or stress, but be ruled out. Relapses can days, weeks, or possibly even months – although the latter is not so common.

Like all aspects of MS, the severity and frequency of relapses are endlessly variable. A British study estimated that a relapse every two years is average.

Take a look at a couple of other MS posts on the MyTherapy blog:

However, some people may experience multiple relapses in a single year, while it is possible for relapses to be separated by many years, or even decades.

Between relapses, symptoms go into remission. In some cases – particularly in the early stages of the disease – the symptoms may disappear completely. As the disease progresses, it becomes more likely that symptoms will remain to some degree during remissions.

This often coincides with a reduction in the number of relapses one experiences.

When such patterns begin to occur, it is possible that RRMS has progressed, at which point it becomes…

RRMS will develop into secondary-progressive SPMS in roughly 80% of cases, usually 10 to 20 years after the initial diagnosis.

Whereas RRMS has definable relapses and remissions, these are less distinct in SPMS. Relapses may not occur at all. If they do, they tend to be less frequent, but recovery is less complete.

Rather than clearly identifiable relapses and remissions, once one has developed SPMS they are more likely to experience a steady worsening of symptoms.

This is because the inflammation that is associated with relapses in RRMS gradually decreases, while greater nerve damage occurs.

Of course, such a change in the way the symptoms present themselves does not occur overnight. A person living with MS will likely notice these changes happening before their doctor. It often takes at least a further six months before a doctor can confirm a diagnosis of SPMS, based on observed symptoms and the results of tests such as neurological exams and MRIs.

SPMS can be further categorized as either active or not active, and with progression or without progression.

Doctors use activity and progression indicators to determine treatment plans.

For example, if the disease is active a doctor may recommend a more aggressive disease-modifying therapy (DMT), while if it is progressing there may be more emphasis on rehabilitation and mobility.

As the name suggests, primary-progressive MS (PPMS) is comparable to secondary-progressive MS, insomuch that it is characterized by a gradual worsening of symptoms rather than relapses (although, in rare cases, relapses can occur).

Unlike SPMS, which develops from the relapsing form of MS, PPMS is characterized by progression from its onset.

The rate at which it does so it greatly variable from case to case. Unsurprisingly, it is extremely unpredictable.

It accounts for between 10% and 20% of MS diagnoses, making it the least common disease course.

The age of onset is usually later than the other forms, with PPMS often diagnosed in people 40 years old and above. Unlike RRMS, with which more women are diagnosed, PPMS affects men and women in equal numbers.

While the causes of multiple sclerosis are not yet fully understood, it is believed that PPMS is fundamentally different from RRMS. The underlying mechanisms are believed to be different, and the inflammation that is associated with relapses in the latter is reduced in PPMS.

While PPMS is less common and usually occurs later in life, it is more likely to lead to disability in a shorter period of time. Of course, being MS, this varies from case-to-case.

As is the case with the other form of MS, the 2013 guidelines use active and not active to describe the status of PPMS, based upon evidence of new or enlarged lesions.

Diagnosing and treating PPMS are both notoriously difficult. The symptoms are often mistaken for those of other conditions that are also common at the age PPMS most often occurs.

Drugs that are commonly used to treat relapsing MS are not approved for treatment of PPMS, as the anti-inflammatory benefits are targeted at preventing relapses rather than nerve damage.

In the USA one disease-modifying treatment, ocrelizumab (brand name Ocrevus), has been approved by the Food and Drug Administration (FDA). It targets a type of white blood cell that contributes to nerve damage.

In the UK, ocrelizumab was recently rejected as a treatment for PPMS, although further trials are ongoing.

Much of the treatment for PPMS, therefore, is focused on managing symptoms, rehabilitation, and encouraging mental and physical wellbeing.

What About Progressive-Relapsing MS (PRMS)?

Before the 2013 guidelines were released, progressive-relapsing MS (PRMS) was a recognized form of the disease.

Its definition was essentially like that of primary-progressive MS, but with occasional relapses. The recovery from relapses is not complete, and disease progression continues between them.

PRMS was diagnosed in roughly 5% of cases.

Under the latest guidelines, which takes into consideration recent learnings of the disease, those who were previously diagnosed with PRMS would likely now be diagnosed with primary-progressive MS.

This post may only scratch the surface when it comes to the complexities of multiple sclerosis, but hopefully helps you understand some of the key differences between the types of the disease.

The app for multiple sclerosis therapy