Google ‘things that are purple’ and the first result is, of course, sea urchins. Other results include crayons, violets, eggplants, and – my personal favorite – grape jelly. However, ‘Purple Day’ focuses on something rather more serious than any of those things: epilepsy. It is a condition that 65 million people around the globe live with, including 1 in every twenty-six people in the USA. March 26th will be the 10th ever Purple Day, a worldwide initiative to raise awareness of epilepsy, dispel myths surrounding the condition, and give those living with it the support they need. One of those people is MyTherapy’s own Tábata Bublitz, who has lived with epilepsy since her teens. To help give us an insight into the condition, Tábata has shared with us her experiences with epilepsy.

The Early Days with Epilepsy

My first seizures started when I was 14, and in the beginning neither me or my parents knew what these seizures were and what to do about them. I had two convulsive episodes that caused me to lose consciousness. One happened while I was sleeping after a party (I believe the strong and fast lights were the triggering factor) and the other happened in a stressful situation.

Before it happened, I felt an aura and knew beforehand that I would have a convulsive episode right there. After this episode, the doctor confirmed that it was epilepsy, but at this moment, he didn’t know which type.

Even before having these big convulsive episodes, I noticed a change in the control I had over my movements. In certain moments, holding a hot coffee mug was simply dangerous. Suddenly my hand would spasm and I would spill all the hot coffee over me (it truly happened).

To this day, waking up suddenly, making fast movements, hearing sudden noises, being caught off guard by someone, and stressful situations can threaten to cause a seizure, especially if I have not taken my medication correctly.

I was directed to a neurologist and, after a few electroencephalograms (EEGs), he concluded it was a juvenile myoclonic epilepsy, a syndrome that usually appears during adolescence and is characterized by small, quick, and repeated seizures all over the body.

As described by the American Association of Neurological Surgeons, “these seizures happen because of a temporary change in the electrical functioning of the brain. Normally, the brain continuously generates tiny electrical impulses in an orderly pattern. These impulses travel along neurons – the network of nerve cells in the brain – and throughout the whole body via chemical messengers called neurotransmitters.

“In epilepsy the brain’s electrical rhythms tend to become imbalanced, resulting in recurrent seizures. In patients with seizures, the normal electrical pattern is disrupted by sudden and synchronized bursts of electrical energy that may briefly affect their consciousness, movements or sensations.”

Juvenile myoclonic epilepsy represents around one third of all the epilepsies. It is not related to accidents or specific brain traumas because the electric discharges affect both the sides of the brain at the same time. Despite being described by medicine as a benign alteration, research has shown a tendency to changes in behavior and, in other situations, cause attention deficit.

Besides juvenile myoclonic epilepsy, there is also a kind of epilepsy called temporal lobe epilepsy, a syndrome that affects mostly adults, although the seizures normally start in childhood. This type of epilepsy is the one that mostly affects the quality of life of those living with it.

These types of seizures normally start in the temporal lobe and can also affect the part of the hippocamp on the left side of the brain. This specific area is responsible for the learning process and consolidation of recent memory.

Most people living with epilepsy are familiar with the aura. People experience it differently, and it can be difficult to explain, but it is some sort of sensation that precedes epileptic activity.

The aura sensations I experience haven’t changed at all over time. The fact is that as I am taking controlled medications every day, the seizures have almost stopped, but the spasms still occur. I recently had episodes of big stress in which I felt this kind of “out of place” sensation, and a sensation that I haven’t had before, which is tachycardia (an increased resting heart rate).

My response to this sensation usually involves alerting people around me about the possibility of me having a seizure, so they can help me. I also try to focus my eyes and mind on a specific fixed object and that helps me to not get dizzy, avoiding the sensation of being out of reality. Also, I try to sit in a safe place where I can be sure I won’t hurt myself should I fall.

Facts Everyone Should Know About Epilepsy 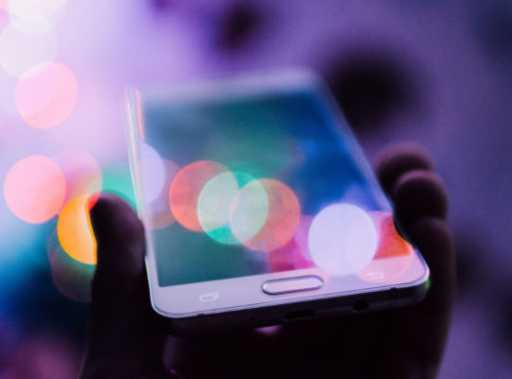 Purple Day is a very important date to inform people about what epilepsy really is. There are still myths and misconceptions surrounding the condition, such as:

As well as quashing these myths, it is important for people to understand how epilepsy works and how it affects people’s life, and also how to react in the presence of somebody having a convulsion.

This leads to a greater understanding of why some people behave in a particular way, like being anxious, having losses of memory, and low attention span. Also, in a convulsion case, there cannot be place for prejudice, because the last thing that we need in this situation is having people that would not help because of being afraid to contract it or even trying to help in the wrong ways.

The awareness needs to happen around how to react in those situations. In a convulsion case, what you need to do to help us is taking away any object or furniture that can hurt us while we are having the muscular contractions (we lose our consciousness, and the seizures are totally uncontrollable, so we will not be able to avoid hurting ourselves if no one helps).

The only risk is that if you put your fingers in our mouth, you face losing them because of our involuntary muscular contractions. And they are incredibly strong! Instead, just turn us to the side, so the risk of suffocating on our own saliva is avoided. Don’t leave us laying in our backs. If the seizures last more than five minutes, call the emergency services.

Epilepsy is a serious condition, but one that can often be kept under control with medication. However, the more people who have a fundamental knowledge of epilepsy, the safer the world becomes for those of us living with it when seizures do strike, while also dispelling a few of the myths and misconceptions that still exist.

Take a look at some of the other personal stories on the MyTherapy blog:

Tábata is a nerdy person that loves to write, Playing Dungeons and Dragons and being in contact with nature. She is currently doing a master’s in Sustainable Resource Management at TU München and believes there is still hope for humanity.